As you sail into Malaga you will notice what an idyllic setting the city enjoys on the famous Costa del Sol. To the east of this provincial capital, the coast along the region of La Axarqua is scattered with villages, farmland and sleepy fishing hamlets - the epitome of traditional rural Spain. To the west stretches a continuous city where the razzmatazz and bustle creates a colourful contrast that is easily recognisable as the Costa del Sol. Surrounding the region, the Penibéetica Mountains provide an attractive backdrop overlooking the lower terraced slopes which yield olives and almonds. This spectacular mountain chain shelters the province from cold northerly winds, giving it a reputation as a therapeutic and exotic place in which to escape from cold northern climes. Malaga is also the gateway to many of Andalusia's enchanting historic villages, towns and cities.
What to see and doCruisesNeed to knowGalleryRelated articles

Málaga has been reinventing over the past few years and has transformed itself into a cultural hub, home to a wealth of museums and galleries, from the Centre Pompidou (the contemporary art museum’s first and only foray outside of Paris) to the Malaga Museum in Aduana Palace and the Museo Picasso. Málaga has a rich history, having been occupied by the Phoenicians, Romans and the Arabs, all of whom left behind their own distinctive architecture which can be admired throughout the city. Of course, if you’d rather not sightsee, you can soak up the sun and sea air at one of the many glorious beaches.

What to see and do in Malaga

Málaga’s seaport is the oldest continuously operated port in Spain and one of the oldest in the Mediterranean. Cruise passengers arriving in Málaga will immediately be greeted with a variety of shops and restaurants that are situated in the area. Here you can take in the spectacular coastal scenery while sipping a refreshing drink, before heading into the city centre, located just a few minutes away.

Housed in a 16th century mansion, this museum devoted to the city’s most famous son covers more than 80 years of his life and features 285 works donated by members of Picasso's family. Avid fans of the artist should also pay a visit to the house where Picasso was born on Málaga's Plaza de la Merced, which has been turned into a museum.

The city’s cathedral goes by the affectionate name of ‘La Manquita’ – the one-armed woman – due to its lopsided appearance, which it owes to the absence of a second tower. Constructed between 1528 and 1782, it features a mix of Renaissance, Baroque and Gothic architectural influences. Head to the rooftop for panoramic views of the city.

Situated at the top of Mount Gilbralfaro, this palatial fortification is another reminder of Malaga’s Moorish past, built in the 11th century by the Hammudid dynasty. Make sure to check out the Roman amphitheatre by the entrance, which dates back to the first century BC and is currently undergoing restoration.

Also located on Mount Gilbralfaro, this Moorish palace dates back to the 10th century and was for a time considered the most impregnable fortress on the Iberian Peninsula. History tells us it was besieged by the Catholic monarchs in 1487 and Ferdinand the Catholic made it his temporary residence after the victory. You can either climb the steps to the castle, a route which offers great views of the city, or go via the picturesque Paseo Don Juan de Temboury walkway.

The Costa del Sol is home to countless of beaches and Málaga boasts 15 of them. However, as you most likely won’t have time to visit them all on your stopover, we recommend Pedregalejo, which lies a 30-minute from the city centre. However, the real draw is the neighbourhood itself, considered one of the trendiest in Málaga, featuring some of the province’s best seafood restaurants and a lively nightlife.

Need to know when travelling to Malaga

Getting around in Malaga

When to go to Malaga

The Mediterranean cruise season runs from April until November. Sun worshippers should visit Malaga between June and September, but if you prefer to sightsee, then it’s best to go early or late in the season when it’s cooler and there are fewer crowds in the city.

If you hold a British Citizen passport, you don't need a visa to enter Spain unless you’re planning a stay of longer than three months. 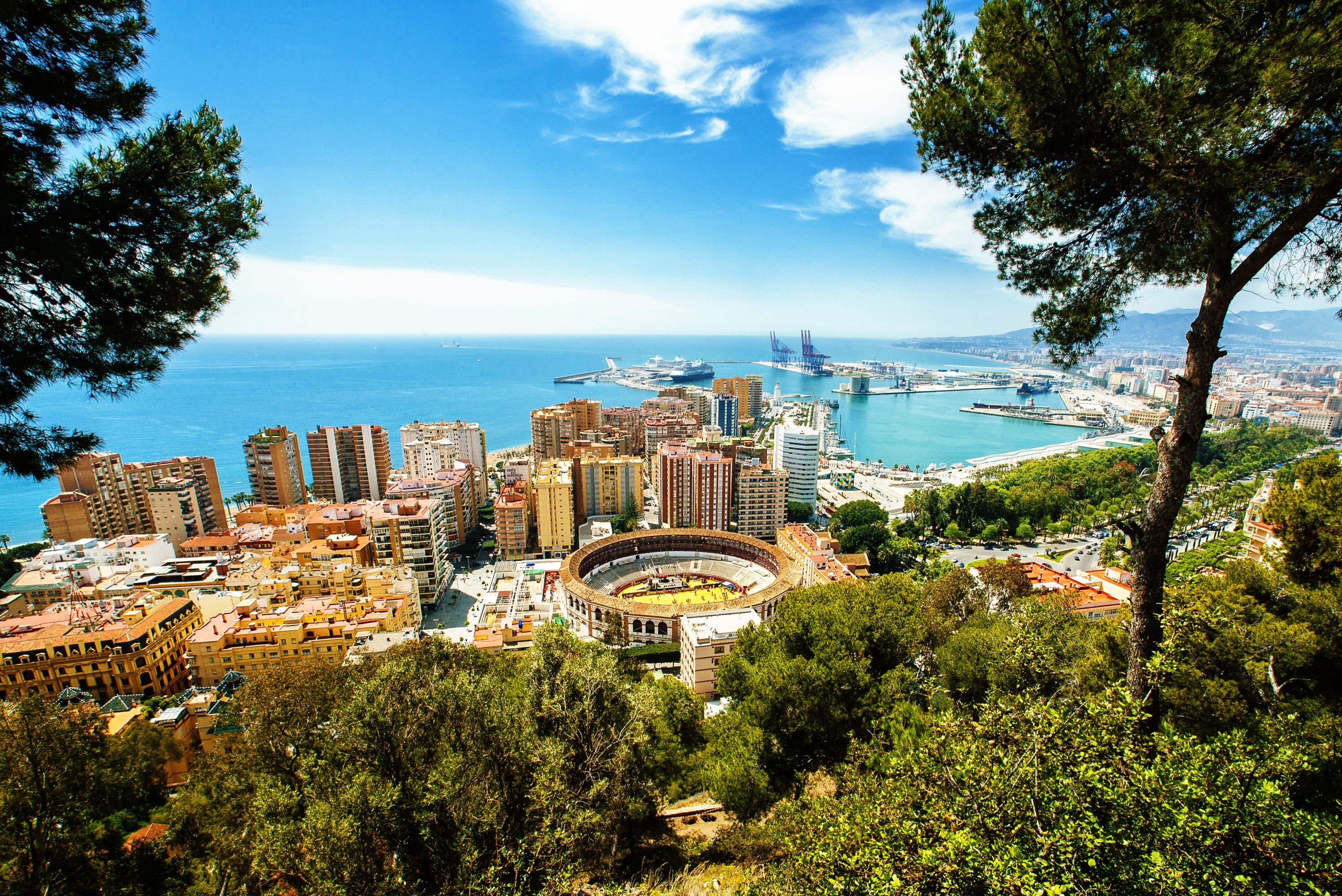 30-Day Best Of The Mediterranean