Is A British Isles Cruise The Perfect Escape For UK Travellers?

With countries including Spain, Seychelles and Australia having announced that they will be extending their cruise ship ban for the foreseeable future, the likelihood of UK cruisers being able to set sail to exotic climes this year is looking remote at best.

Highlighting the industry’s ability to adapt and weather all storms, cruise lines are now looking to promote itineraries a little closer to home and where better than our great British Isles?

Promising diverse and rugged landscapes, expansive wilderness and cosmopolitan cities, a British Isles cruise offers the perfect escape from the impenetrable fortresses that have become our homes.

Cruises around Britain mainly focus on Scotland, Ireland and England, but you will find some that also venture further afield to Northern Ireland and northern Europe. Meanwhile, smaller, specialist cruise companies tend to explore Scotland’s Western Isles, along the West Country coast or out to the Scilly Isles.

Varied itineraries mean those who cruise to the British Isles can check out the Titanic Belfast monument, find their ‘craic’ in Ireland amid rolling green hills and local pubs, or see the Scottish Highlands, home to famous sites including Loch Ness, Edinburgh Castle and Ben Nevis (the United Kingdom’s highest peak), all in one action-packed itinerary. 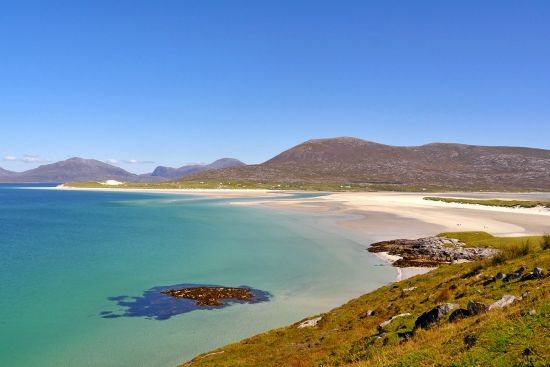 Leading cruise lines including Princess Cruises, Viking, Cunard and Norwegian all offer cruises around the British Isles and with the popularity for UK staycations growing at an impressive rate because of Covid-19 travel restrictions, many have been seeing a spike in interest for these sorts of itineraries of late.

Indeed, both Fred Olsen and Cruise & Maritime Voyages have reported an increase in demand for British Isles cruises, with Fred Olsen noting that UK cruises are some of the most searched currently on its website.

So without further adieu, here’s our pick of the best British Isles cruises that you can book now. 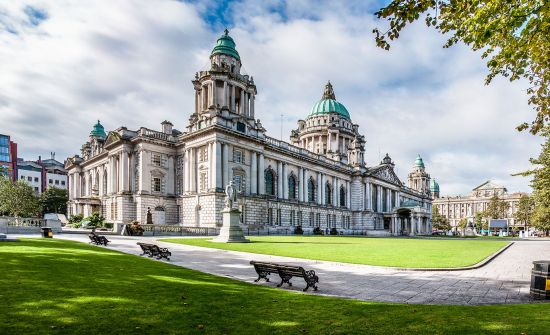 Is there a better way to explore the United Kingdom than with P&O Cruises? Highlights include calls at Invergordon, Scotland, where you can explore the beautiful Scottish Highlands and even search for the elusive Lock Ness Monster, and a stop at the former European Capital of Culture, Liverpool. The voyage also includes a trip to Northern Ireland and its vibrant and historic capital, Belfast. 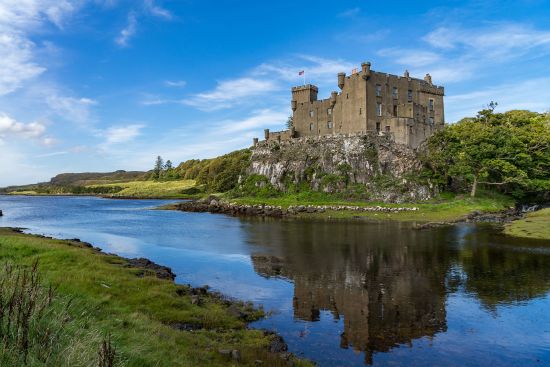 On CMV’s 11-night itinerary, passengers will be given plenty of time to sample Britain’s ancient cultures, charming towns and fairytale gardens. A call into Belfast provides ample time to soak up its maritime history before exploring the extraordinary Giant’s Causeway. Days anchored off the Isles of Mull and Skye give a unique insight into community life with a number of excursions on offer featuring picturesque villages and iconic castles. And that’s not all; a call at Le Havre adds a touch of French flair to your adventure along the way.

Iceland and the British Isles with Cunard 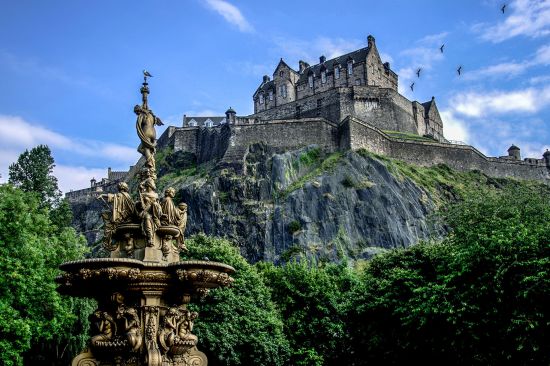 Combine the best of Britain and Iceland with this British Isles cruise with a twist. Guests will get to explore the history and charm of Scotland’s capital Edinburgh (a visit to Edinburgh Castle is a must) before heading further north to marvel at the towering mountains and lush waterfalls of Iceland. Other highlights include a cruise-by the magnificent Bass Rock, home to the ‘Scottish Alcatraz’, and shore excursions to the characterful Torshavn with its strong Viking heritage. 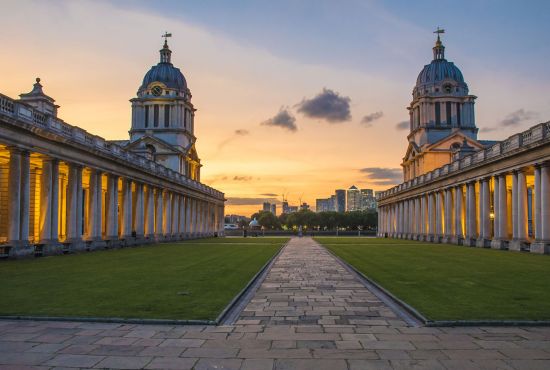 Set sail from Bergen aboard one of Viking’s award-winning ships as you head south on your expedition of history and culture. Overnight stays in Bergen and Greenwich provide plenty of opportunity to experience the charm of these heritage ports of call. This itinerary combines the best of rural beauty and urban adventure, with visits to the Scottish Highlands coupled with tours of Dublin (where a visit to the Guinness Storehouse Brewery is a must) and London.

Delights of Devon and Cornwall with Fred Olsen Cruise Lines 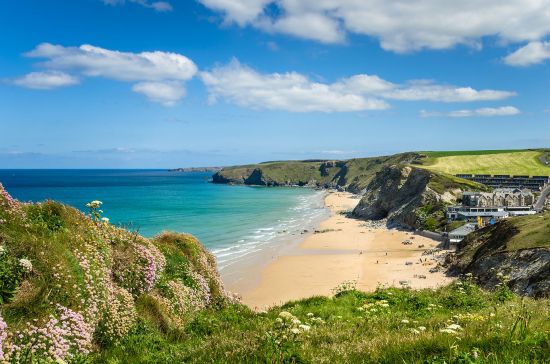 For those looking for a shorter break, Fred Olsen offers a wonderfully relaxing Bank Holiday getaway. The five-night cruise sails along the stunning south coast of England and takes in the delights of three charming and characterful destinations along the Devonshire and Cornish coastline. If proof was needed that you needn’t travel far in search of inspiring destinations, this itinerary is surely it.

Around the British Isles with Princess Cruises 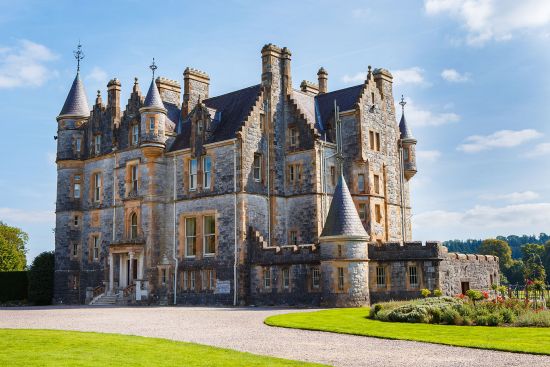 Princess Cruises has offered sailings around the UK for a number of years and they still prove to be as popular as ever. Traditional and varied itineraries will take in England, Ireland, Northern Ireland, France, Scotland and fabled lands beyond. The cruise line offers a variety of shore excursions, including a day-long tour in Cork visiting the city’s most iconic sites, followed by a stop at the 18th-century village of Kinsale, before continuing on to Blarney Castle, where legends and landmarks await.

12-day British Isles cruise with Portland aboard Crown Princess, round-trip from Southampton, departing 2 May 2021, from £999 per person, princess.com 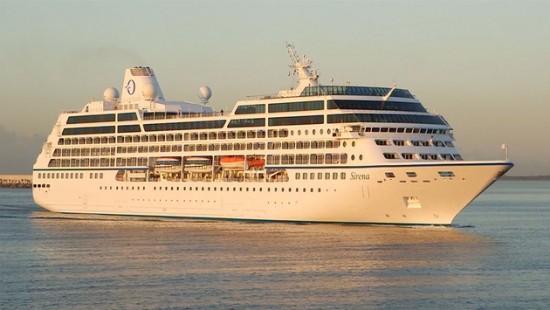 Uncover new facets of the British Isles on an enlightening and luxurious voyage aboard Oceania Sirena. This rich itinerary offers cruisers the chance to explore Britain’s rugged shores and dappled moors, and unlock the stories of the nation’s history and culture. Ports of call vary from the unspoiled Orkney Islands and evocative Edinburgh to urbane Dublin and cheerful Dartmouth.

12-day Charming British Isles cruise aboard Sirena, round-trip from Southampton, departing 22 May 2021, from £2,969 per person, oceaniacruises.com 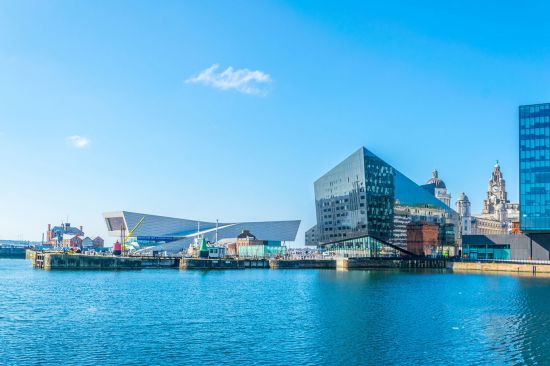 If you prefer a more relaxed cruise experience, then NCL has the ideal itinerary. Combining medieval charm with urban chic, Fred Olsen’s ‘Freestyle British Isles’ cruise allows guests to explore England, Ireland and Scotland at their own pace. Standout ports of call include Liverpool, home of international superstars, the Beatles, and the quaint village of Llangollen, a place steeped in history and charm.