TV personality Jane McDonald has become famous for her wit and humour, which can often be on the bit of the racy side. Over the years, Jane has shown herself to be a fan of the double entendre, as revealed in her latest episode, Cruising with Jane McDonald: Ships & Giggles.

Taking a trip down memory lane in her TV comedy scrapbook, the presenter reveals some of her naughtiest cruise ship moments documented on her much-loved Channel 5 show.

One clip shows Jane enjoying indoor skydiving with an iFly instructor and after he has taken the star through her paces, she turns to the camera to say, “Oh my god, that was amazing. When he got hold of me I thought, ‘well, he can do what he wants really’.”

Another memorable moment shows Jane observing a pottery maker at work and the cheeky starlet cannot resist making a suggestive remark as he moulds the clay. “It was going to say it’s putty in his hands, it’s exactly that. He just caresses, teases and it just opens up.”

Even when in the presence of royalty, the straight-talking Yorkshire-born presenter cannot help herself as highlighted on a cruise down the Danube in 2017 when she met Princess Anita von Hohenberg and her daughter Countess Alix at their home.

Asking them what they love most about living in such a grand house, Alix answers: “Because it’s all big and I like big,” to which Jane responds naughtily, “See, size does matter”. 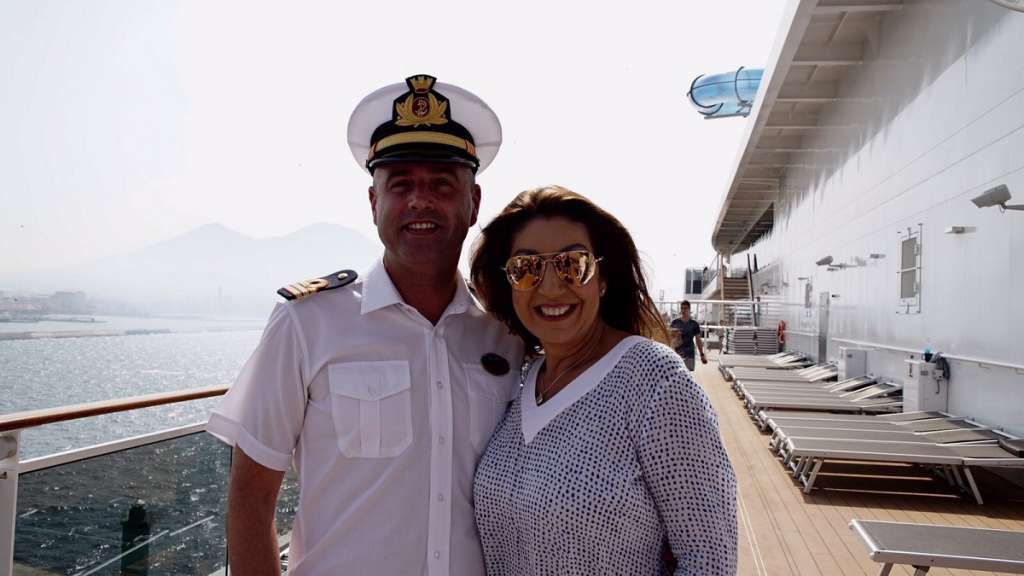 Jane also shows off her flirty nature, admitting that she has always had a “soft spot” for captains, who always “float her boat”. One hilarious moment that left audiences in stitches was when interviewing one captain and said, “This is the biggest thing I’ve ever been on” and quickly realising her naughty insinuation, added, “Leave it”.

Later on in the show, Jane shows that her flirty relationships extend beyond cruise ship captains when she meets a group of lumberjacks on a trip to Alaska, who whisk Jane off her feet and tell her, “Once you go lumberjack, you never lumber back”.

It’s no denying that cruise fans could do with some comedy relief this weekend following Jane’s sad announcement on Friday (14 August) that her Sailaway Cruise with Floating Festivals has been cancelled by the company due to the ongoing impact of Covid-19.

Please visit my website for an official announcement about my Sailaway with Jane McDonald Cruise… https://t.co/WGtoBPblb7 pic.twitter.com/mxuS4VZe2n

In a statement to her fans on her website and social media channels, Jane said that she was “devastated” by the “awful” announcement.

Jane McDonald wrote: “I’m so sorry and upset about today’s awful announcement, which is that Floating Festivals have had to cancel all their Cruises, including Sailaway With Jane McDonald. I’m devastated this has happened as I know you were all looking forward to it as much as I was. I know this is especially sad and frustrating because this year’s Cruise had already been postponed because of Covid-19.

“Unfortunately it’s completely out of our control. You can find details in the statement which Floating Festivals released earlier today. This is as much information as they are able to give out just now and I’m sure more will follow when they are able to.”