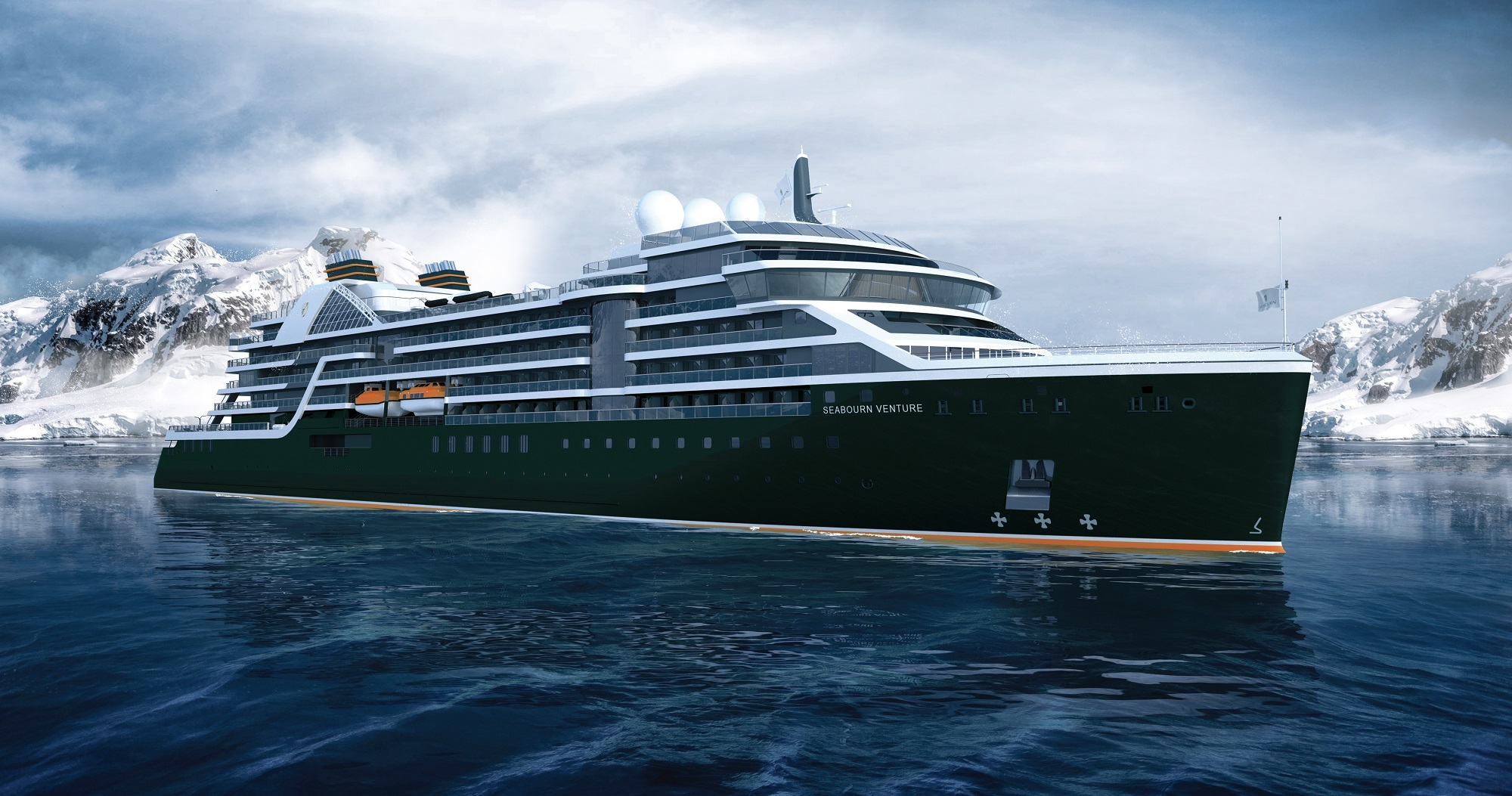 Debuting in 2021, the expedition ship had to undergo this unusual method of ice testing…

Seabourn Venture, set to be one of the world’s most luxurious expedition ships, has just completed another major milestone – and we’re fascinated by what went on.

The testing was completed in a large indoor testing basin at Aker Arctic in Finland, with the testing designed to ensure Seabourn Venture‘s sturdy hill design can deal with the icy conditions it may encounter.

Rated PC-6 Polar Class, the ship will be capable of summer and autumn operations in icy conditions like Antarctica and the Arctic, along with various exotic destinations.

The test helps visualise the way ice might behave when in contact with the hull, using a scale model mock-up of the ship’s hull. The model is connected to a test carriage where manoeuvring and operational tests are conducted in a basin of real ice.

Seabourn and Carnival Corporation team members watch the testing from behind a series of glass windows, assessing how well the ship’s hull reacts to the ice.

“We know that Seabourn Venture will deliver on the expedition experiences we’re creating after seeing this series of tests completed,” said Robin West, vice president of Expedition Operations for Seabourn.

“Our team is fully committed to taking luxury expedition travelers to some of the world’s most sought after locations and Seabourn Venture is certainly going to be up to the task with its purpose-built design.”