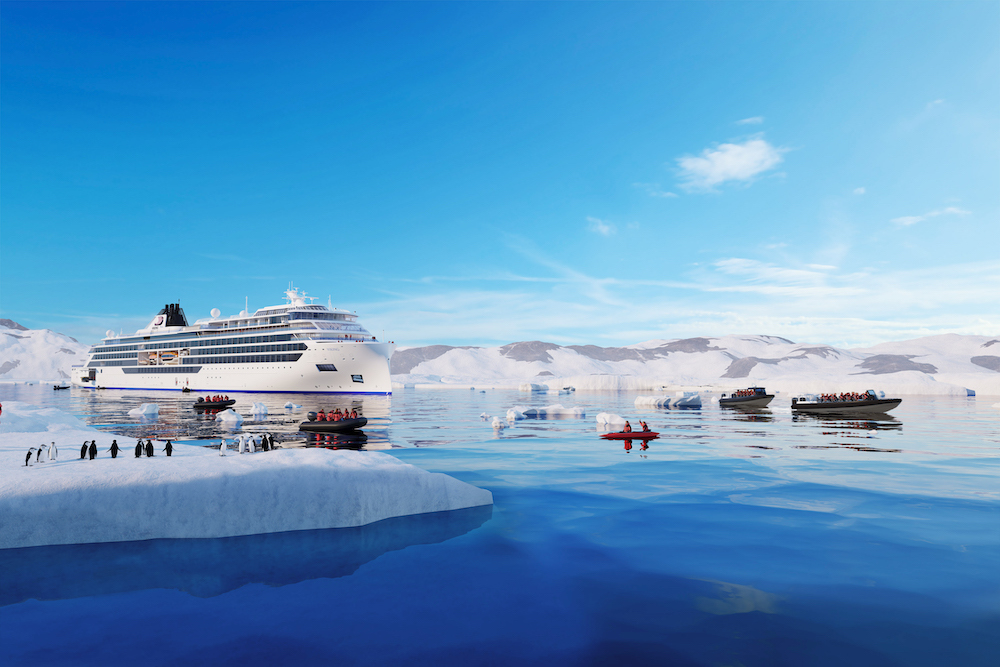 Viking Cruises has announced the launch of its new Viking Expeditions programme at a glittering event in Los Angeles. Here’s what you need to know…

At a glittering celebratory launch last night (15 January 2020) in Los Angeles, Viking’s Chairman Torstein Hagen announced full details of the company’s new venture, Viking Expeditions. The cruise line will be offering customers the chance to sail from 2022 on board its two new purpose-built expedition ships.

Viking Expeditions will begin sailing in January 2022 with its first vessel, Viking Octanis, embarking on voyages to Antarctica and North America’s Great Lakes. Viking Polaris will make her debut in August 2022, sailing to Antarctica and the Arctic.

Addressing an audience of travel professionals and journalists from around the world, Mr Hagen said: “We invented the concept of modern river cruising when we launched in 1997; then we reinvented ocean cruises and became the ‘World’s Best Ocean Cruise Line’ in our first year of operation.

“Now we are perfecting polar expedition cruising, and we will also usher in a new era of comfortable exploration in the heart of North America. Our guests are curious explorers. They want to continue travelling with us to familiar and iconic destinations, but they would also like to travel further.

“We began as Viking River Cruises; then we evolved into Viking Cruises with the addition of ocean cruises; today we stand singularly as Viking, offering destination-focused voyages on more than 20 rivers and five oceans, visiting more than 500 ports in 100 countries and on all seven continents.”

At the launch, Mr Hagen also announced that famed adventurers and educators Liv Arnesen and Ann Bancroft will be honoured as godmothers to Viking Octantis and Viking Polaris, respectively.

Arnesen, a native Norwegian, became the first woman in the world to ski solo and unsupported to the South Pole in 1994 while Bancroft is the first woman to successfully finish a number of arduous expeditions to the Arctic and Antarctic.

To develop its new expedition voyages, Viking has partnered with some of the world’s most prestigious scientific institutions. The lead partner is the University of Cambridge’s Scott Polar Research Institute and this important partnership will be underpinned by a Viking endowment for scientific research into the polar regions, The Viking Chair of Polar Marine Geoscience, a Cambridge University full professorship based at the Scott Polar Research Institute, as well as a sponsorship fund supporting the Institute’s graduate students.

As part of this endowment, the Institute’s scientists will also undertake fieldwork on board Viking Cruises’ expedition vessels and join voyages to share their expertise with guests.

Viking Cruises has also partnered with The Cornell Lab of Ornithology, a globally recognised bird research facility, whose ornithologists will regularly be on board the expedition ships, providing expert advice and interaction with guests.