Sprawling Reykjavík, the nation's nerve center and government seat, is home to half the island's population. On a bay overlooked by proud Mt. Esja (pronounced eh-shyuh), with its ever-changing hues, Reykjavík presents a colorful sight, its concrete houses painted in light colors and topped by vibrant red, blue, and green roofs. In contrast to the almost treeless countryside, Reykjavík has many tall, native birches, rowans, and willows, as well as imported aspen, pines, and spruces.Reykjavík's name comes from the Icelandic words for smoke, reykur, and bay, vík. In AD 874, Norseman Ingólfur Arnarson saw Iceland rising out of the misty sea and came ashore at a bay eerily shrouded with plumes of steam from nearby hot springs. Today most of the houses in Reykjavík are heated by near-boiling water from the hot springs. Natural heating avoids air pollution; there's no smoke around. You may notice, however, that the hot water brings a slight sulfur smell to the bathroom.Prices are easily on a par with other major European cities. A practical option is to purchase a Reykjavík City Card at the Tourist Information Center or at the Reykjavík Youth Hostel. This card permits unlimited bus usage and admission to any of the city's seven pools, the Family Park and Zoo, and city museums. The cards are valid for one (ISK 3,300), two (ISK 4,400), or three days (ISK 4,900), and they pay for themselves after three or four uses a day. Even lacking the City Card, paying admission (ISK 500, or ISK 250 for seniors and people with disabilities) to one of the city art museums (Hafnarhús, Kjarvalsstaðir, or Ásmundarsafn) gets you free same-day admission to the other two.
What to see and doCruisesNeed to knowRelated articles

Iceland’s pint-sized capital is the highlight of many North Atlantic cruises. Passengers on smaller ships benefit from docking in the old harbour, which is located within minutes of the city centre. Larger ships dock one of the main cruise port's six berths, located a 40-minute walk from town with shuttle buses also available. Passengers travelling into the city from here will spot the Sun Voyager, a futuristic and modernist sculpture inspired by the Vikings. The unique and colourful city is a great port of call on passengers’ tour of the Land of Fire and Ice.

What to see and do in Reykjavik

Iceland is famed for its heated pools filled with natural geothermal water and there are 18 in the greater Reykjavík capital alone. Open all-year round, many feature an indoor and outdoor pool, a sauna and at least one hot tub, making them more akin to luxury spas than communal pools. Some of the best include Vesturbæjarlaug, Laugardalslaug and Sundhollin. Just outside of the city you’ll find the famous Blue Lagoon, a steaming pool of geothermically heated water with its own swim-up bar.

Visitors arriving in Reykjavík should get their bearings by climbing up one of Iceland’s most famous landmarks, Hallgrímskirkja Church. Located in the centre of Reykjavík, the expressionist-style building has a viewing tower at the top boasting unparalleled 360° views of the entire city.

The sparkling Harpa concert hall is a sight to behold. Designed by Danish firm Henning Larsen Architects, Icelandic firm Batteríið Architects and Danish-Icelandic artist Ólafur Elíasson, the building’s intricate lattice of glass panels glisten at night, providing a magical facade. Inside, concerts by the Icelandic Symphony Orchestra and some of Iceland’s famous bands are held throughout the year. If you want something more contemporary, the city features lots of live entertainment, including stand-up comedy, drag shows and cabaret performances. 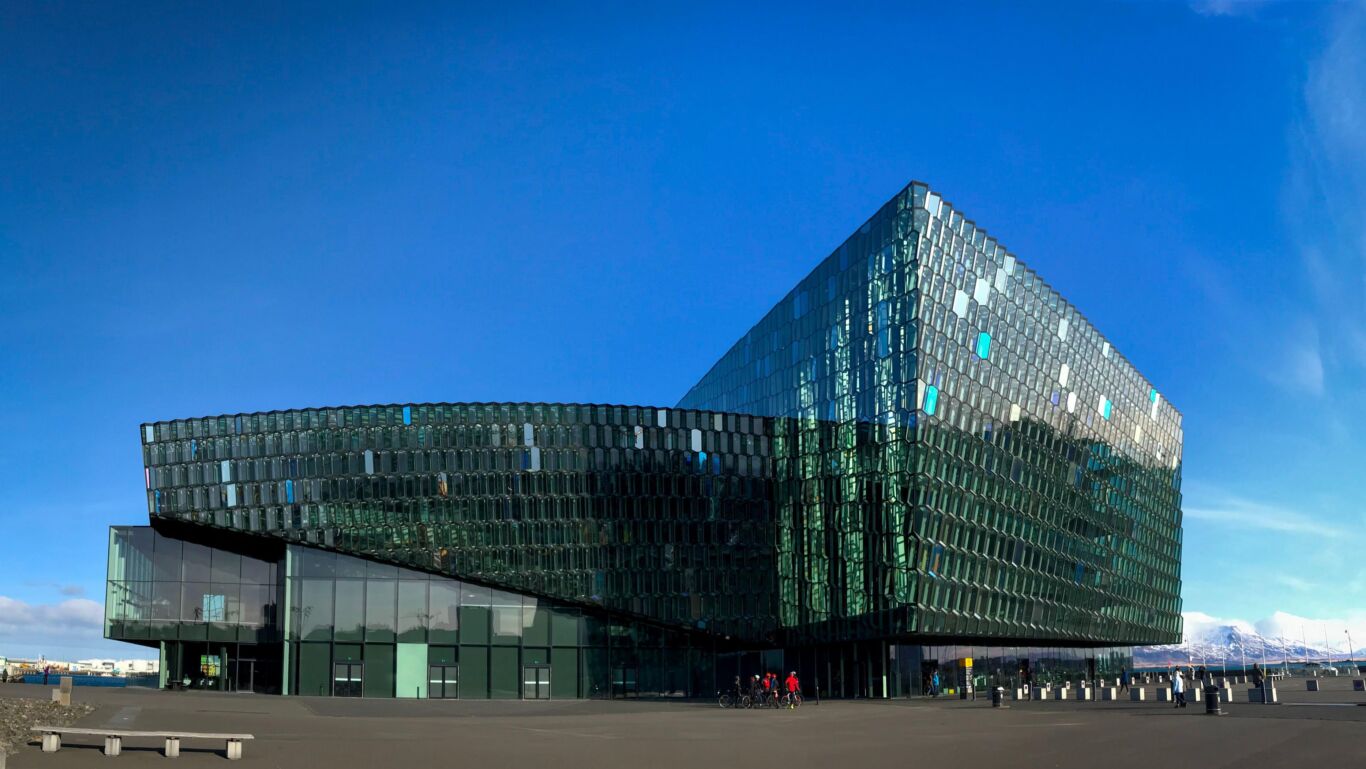 Reykjavik’s old harbour and neighbouring Grandi district has transformed over the years and now features a dynamic food scene, with delicious fish restaurants and traditional Icelandic eateries, along with trendy shops and museums. The very popular ice cream parlour, Valdis, is a must-visit if you’re in the area. Wildlife-watching excursions also depart from the old harbour, including puffin-spotting and whale-watching.

The National Museum of Iceland

The National Museum of Iceland delves into the heritage and history of the country with its permanent exhibition. The exhibit includes more than 2,000 objects, dating from the Settlement Age to the present day, and is well-worth a visit. The Settlement Exhibition similarly uncovers Iceland’s Viking roots.

Iceland’s capital is a great place to pick up some lovely souvenirs from your cruise. On the weekends, the city features its very own flea market, Kolaportið, where you can pick up traditional Lopapeysa: hand-woven, woollen sweaters with diamond motifs. Other must-have souvenirs include woolly hats and Omnom chocolate.

Need to know when travelling to Reykjavik

When to go to Reykjavik

The best time to visit Reykjavík on an Iceland cruise is from June to August, when temperatures are mild, waters are calm and days are long, with up to 24 hours of sunlight (a phenomenon known as the midnight sun).

When travelling on a Reykjavík cruise, you will use the króna, the official currency of Iceland. Many establishments accept euros too, and the majority of places accept credit and debit cards.

Visitors travelling from the UK do not require a visa to enter Iceland. 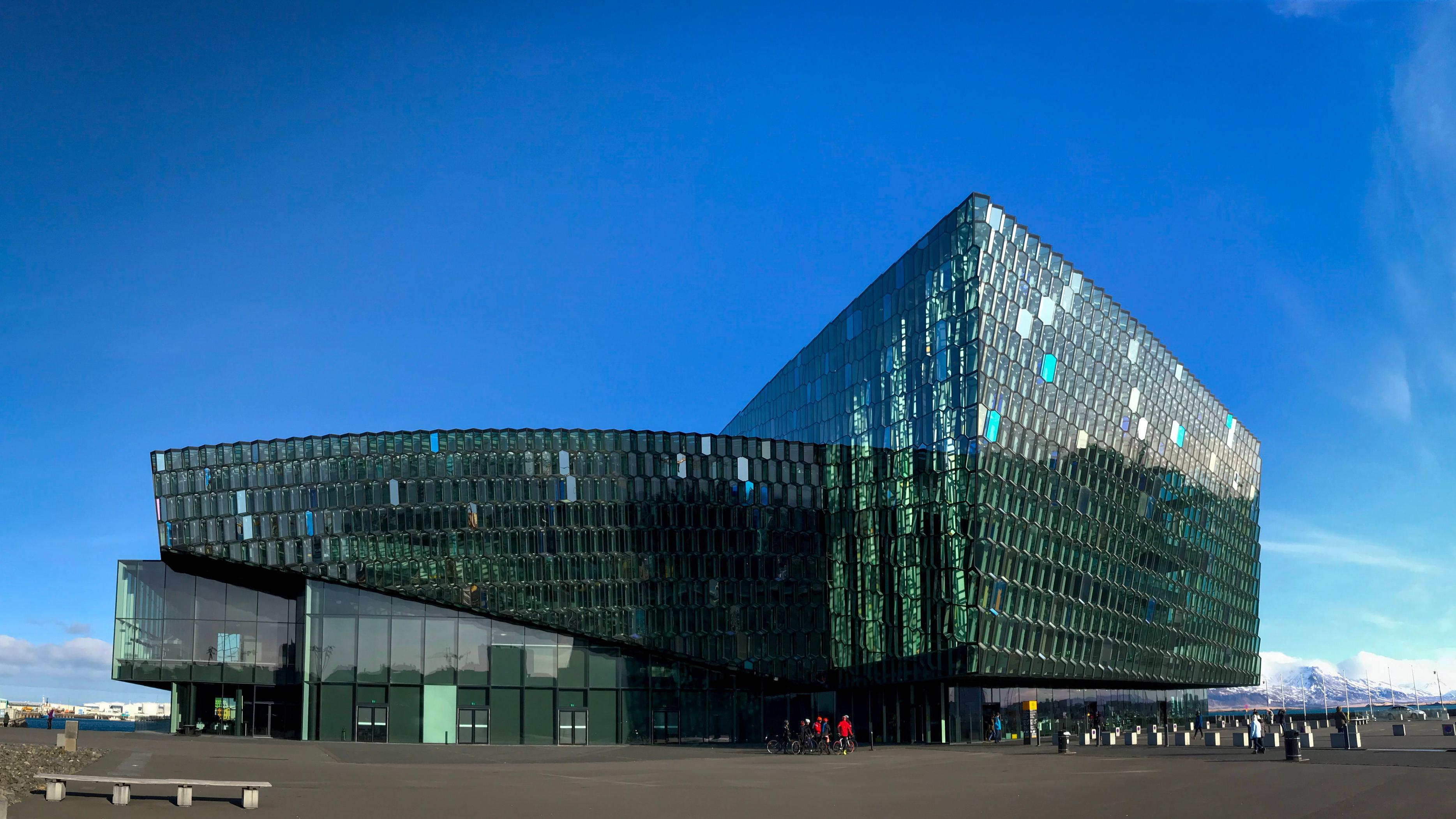 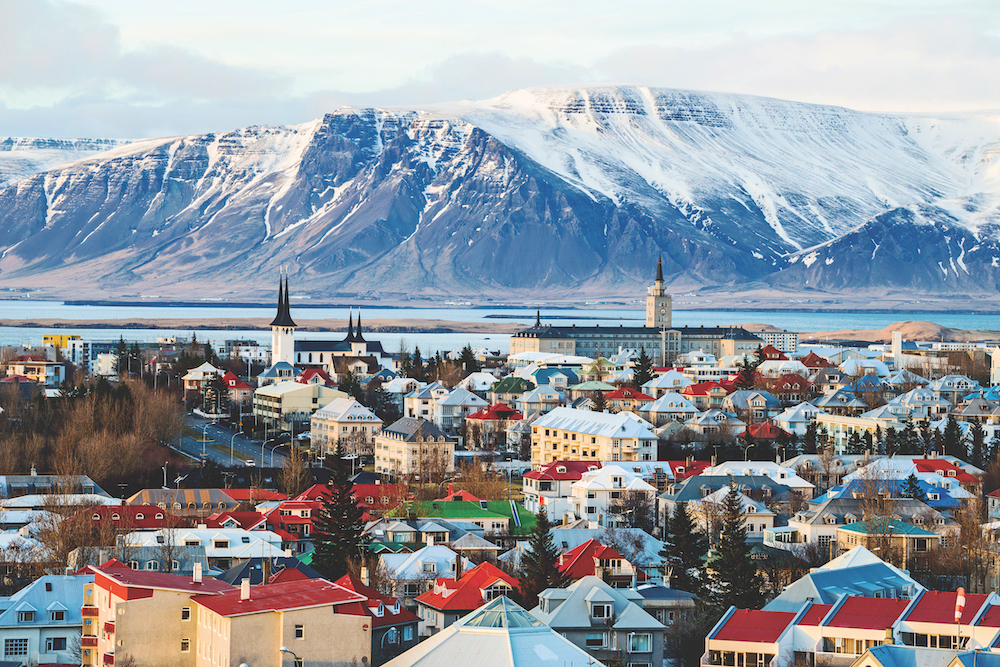