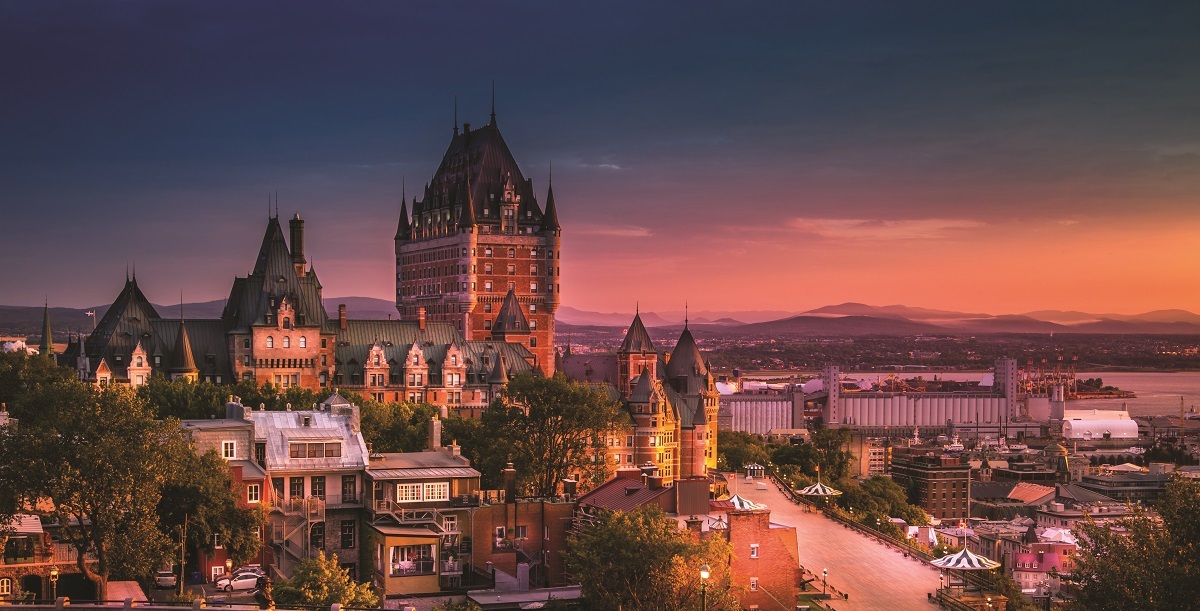 Cruise news / Why Quebec is a Holiday Destination Like No Other

Why Quebec is a Holiday Destination Like No Other

Blending French culture and cuisine with the spectacular scenery of Canada, Quebec is a holiday destination like no other

Go west – that has long seemed the mantra of cruise visitors to Canada, with voyages through the Inside Passage en route to awe-inspiring Alaskan shores the popular choice, often in combination with a scenic tour of Alberta and British Columbia. Yet, in the past couple of years, more and more cruise-goers are being seduced by the eastern promise of Quebec city.

Nation Within a Nation

There is something distinctly and beguilingly “other” about Quebec. English may be widely spoken and understood, but French is the official language, and some 85 per cent of Canada’s francophones reside in this province. The idiosyncrasies of Québécois – subtly yet noticeably different from European French – testify to the region’s unique colonial heritage.

It began with 17th century settlers from Normandy, Brittany and Paris, who brought with them a mix of courtly, metropolitan French and regional idioms. The language then developed in isolation, in parallel with American English.

Je me souviens (“I remember”) is Quebec’s delightfully backward-looking motto, stating a determination to preserve its language, lineage and traditions. Three pillars of a growing sense of independence that has seen several provincial institutions renamed “national” and two referenda took place on the question of sovereignty and secession from Canada. The most recent of these showed such a small majority in favour of remaining that the federal parliament granted Quebec a veto on constitutional affairs and, in 2006, passed a symbolic motion recognising the Québécois as “a nation within a united Canada”.

A Tale of Two Cities

The two great metropolitan centres of Quebec – Montreal and Quebec – make the cut in Lonely Planet’s Top 100 Cities list, the former sitting proudly in the top 20.

The world’s fourth-largest francophone city, Montreal is the undisputed cultural capital of Canada, with hundreds of theatres, arts centres, and a calendar of more than 100 festivals celebrating film, jazz and comedy. Not to mention the less mainstream interests such as croissants and comic-books, heavy metal and hot-air balloons. Whenever you visit, there is likely to be a party going on.

And what a spectacular backdrop for festivities! Parts of Old Montreal seem lifted from the pages of a European fairy story – cobblestones and picturesque squares, Gothic spires and grand chateaux.

The culinary scene is justly renowned, with bustling food markets, exquisite patisseries and classic fine dining restaurants to equal anything in Paris. Alternatively you can sample that most comforting and Canadian of fast foods, poutine (chips with cheese curds and gravy). In the evening, the streets come alive with hipster bars, English-style pubs and live music venues.

Quebec is scarcely less enchanting. Enclosed by fortified walls – unique in North America – is a postcard-perfect old town, recognised in its entirety by UNESCO. A day here should take in the Upper Town, dominated by the endlessly photogenic Chateau Frontenac (now a luxury hotel) and offering fine views of the St Lawrence river, and the gas-lit Lower Town.

Though a small number of expedition cruises take in the rugged majesty and hardy Inuit communities of Arctic Quebec, the vast majority of cruise itineraries centre on the 1,900-mile St Lawrence. In the eyes of Canadian author James Macpherson Le Moine, “the noblest, the purest, most enchanting river on all God’s beautiful earth”. To sail the broader reaches of this natural boundary between the USA and its neighbour to the north is to gain a fresh perspective on the potential scale of river cruising.

The St Lawrence estuary, from Montreal to the open sea, is mighty enough to accommodate mid-sized ocean-going ships. Top attractions include Saguenay, gateway to a stunning fjord; the arresting geological formations of Baie-Comeau; the aboriginal Innu culture and rich forests of Sept-Îles; the striking landscape of the Gaspé Peninsula; and the mysterious monoliths of Havre-Sainte-Pierre’s Mingan Archipelago. These are waters rich in marine life, too, with 13 species of whale frequently sighted, and resident colonies of fur seals and puffins.

Smaller vessels including replica paddle steamers ply the narrower, shallower waters between Montreal and the breathtaking collection of islands around Lake Ontario. This invites exploration not just of an iconic city, but also the fine mansions, living museums, historic forts, parks and orchards (stunning in autumn) that fringe the St Lawrence. The scenic highlight, however, is undoubtedly the “Thousand Islands” – or, to be more accurate, 1,864 islands and islets, dotted with lighthouses, causeways and even miniature castles.

Once the haunt of pirates and prohibition bootleggers, the islands echo with legend, and with the distinctive calls of Quebec’s varied animal and bird life. Cruise these dramatic waterways, explore the wondrous national parks, get to know its splendid cities, and you will never forget Quebec. Je me souviens indeed.

“Celebration of Spring” departing in May 2020. For more information visit stlawrencerivercruise.com.

Editor’s Note: This post was originally published November 2017 and been updated for accuracy and comprehensiveness.