Katakolon could not seem less of a cruise port if it tried. A tiny enclave clinging to the western Peloponnese coast, it's a sleepy place except when ships dock. But it's a popular cruise destination because of its proximity to Olympia. Ancient Olympia was one of the most important cities in classical Greece. The Sanctuary of Zeus was the city's raison d'être, and attracted pilgrims from around the eastern Mediterranean, and later the city played host to Olympic Games, the original athletic games that were the inspiration for today's modern sporting pan-planetary meet. At the foot of the tree-covered Kronion hill, in a valley near two rivers, Katakolon is today one of the most popular ancient sites in Greece. If you don't want to make the trip to Olympia, then Katakolon is an ideal place for a leisurely Greek lunch while you watch the fishermen mend their nets, but there's just not much else to do there.
What to see and doCruisesNeed to knowGalleryRelated articles

The small Greek port of Katakolon was established in the 19th century to serve the flourishing local trade in currants. Today, the charming seaside town is the gateway to ancient Olympia, a Unesco World Heritage Site and the birthplace of the Olympic Games. Cruisers can combine a visit to this important archaeological site with a trip to one of the region’s local wineries, where you can sip on delicious wine and bask in the beautiful surrounding countryside. Major cruise lines including Celebrity, P&O, Royal Caribbean and MSC Cruises visit Katakolon on their Eastern Mediterranean or Greek Island itineraries. Smaller cruise lines such as Variety Cruises, meanwhile, visit Katakolon as part of their small cruise ship sailings around the Peloponnese peninsula.

What to see and do in Katakolon

The biggest draw to Katakolon for cruise passengers is undoubtedly the archaeological site at Olympia, the birthplace of the Olympic Games. Situated 17 miles from Katakolon in the town of the same name, the archaeological site is one of the most significant places in Greece’s history. Here you can visit the remains of the ancient stadium which once seated 45,000 spectators and where the first Olympic torch was lit in 776BC, as well as the ruins of the Temple of Hera and the Temple of Zeus. Excursions to Olympia vary in length in terms of what’s included and many cruise lines such as MSC combine a tour of the stadium and the ruins with a visit to the museums on the site, which include the Archaeological Museum of Olympia and the Museum of the History of the Ancient Games.

Another ancient Unesco-listed site, the Temple of Apollo Epikourios is located 80km away from Katakolon, roughly a 90-minute drive from the port, so should only be attempted if you’ve already visited Olympia and have time on your hands. Constructed at the height of Greek civilisation between 450BC and 400BC, the temple was dedicated to Apollo Epikourios (‘Apollo the helper’) and rises within the sanctuary of Bassae in the Arcadian mountains.

North of Katakolon is home to lush wine country. Many cruise lines pair a trip to Olympia with a visit to one of the region’s local wineries or olive oil farms. MSC Cruises, for instance, offers an excursion to the Magna Grecia Estate, which is a short coach-drive past the villages surrounding Katakolon. Here you will get to explore the vineyards, see the farms animals and enjoy a glass of the region’s signature citrusy white wine. Another popular excursion is to the Domaine Mercouri Vineyard, a 150-year-old family-owned farm featuring a vineyard, olive groves, winery and verdant gardens.

After a morning of sightseeing, you could choose to spend the rest of the day relaxing at one of the local beaches. Some of the better beaches are located slightly further out, including rocky beach Aghios Andreas, which is situated just under two miles away from the port, while one of the best sandy beaches is Kourouta, located 13 miles (roughly a half an hour drive) away from the port. Katakolon also has its own town beach, along with waterfront tavernas and cafés.

Need to know when travelling to Katakolon

Getting around in Katakolon

Most cruise ships dock at open-air jetties on Katakolon’s small harbour, while larger ships may tender to the same jetties. Either way it is a quick three minutes’ walk along the waterfront to the centre of Katakolon. You can easily explore the town on foot. The train station to Olympia is also a short stroll away and the Olympia railway station is just a five-minute walk from the site. Alternatively, there’s also a public bus, but this requires a change of bus and takes a total of one hour, or there are local taxis that will take you there. Most cruise lines will offer Olympia as a guided excursion, so it’s best to speak with them before you go away.

When to go to Katakolon

Katakolon can get extremely hot and crowded during the summer months of June, July and August. For a more comfortable sightseeing experience, head there in April and May or September and October.

The currency in Katakolon is the euro.

If you hold a British Citizen passport, you don't need a visa to enter Greece unless you're planning a stay of longer than three months. 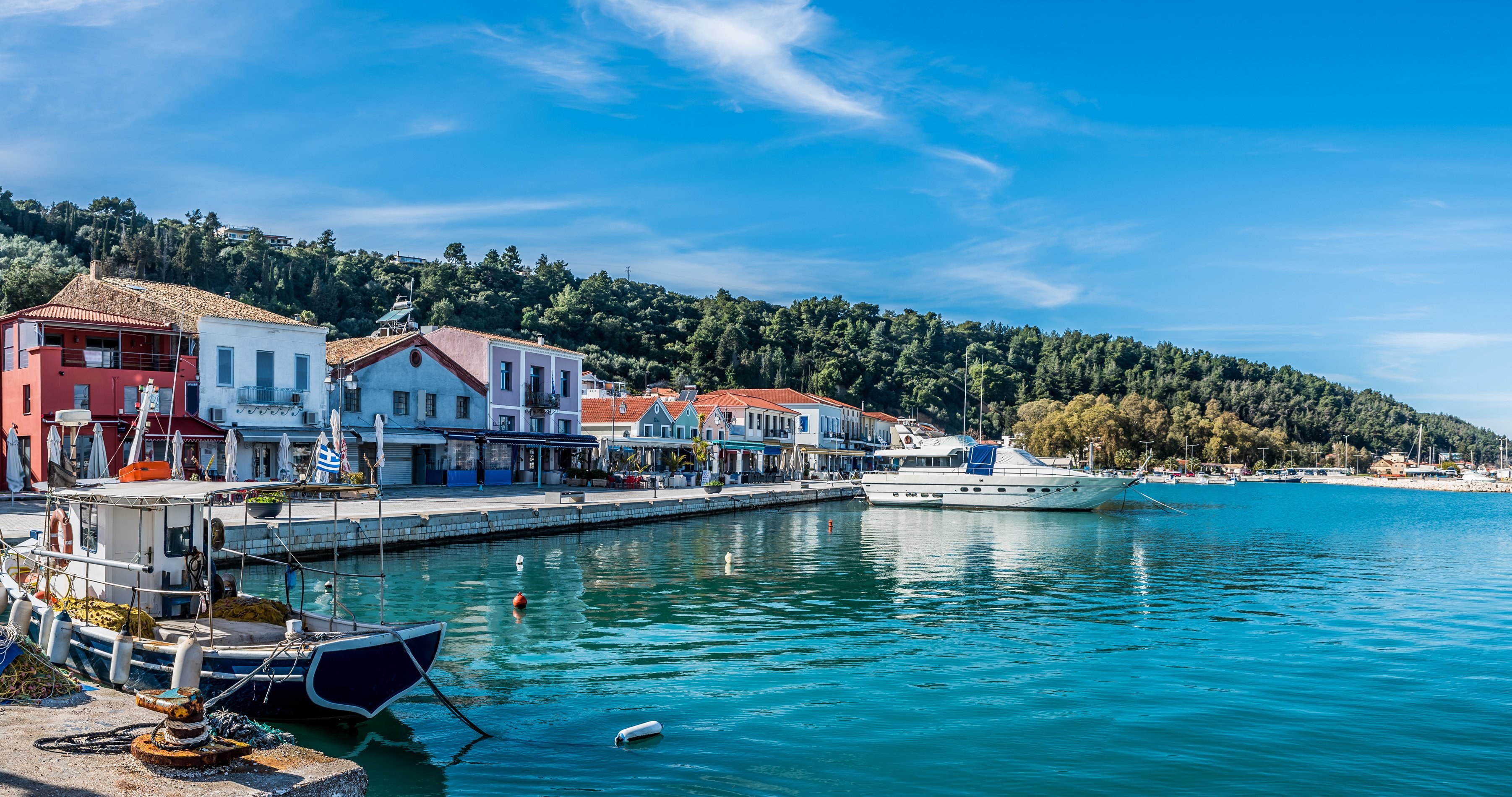