Round the world cruises are an incredible opportunity to see the world and cross all those bucket list destinations you've longed to see. Here are some of the best to try out.

World cruise holidays are packed to the brim with once-in-a-lifetime experiences, but with so many cruise lines offering round-the-world voyages, it can be hard to pick.

We've done the hard work for you to find out the best budget cruises, luxury cruises, off-the-beaten-track cruises, adventure cruises and culture cruises for anyone looking to circumnavigate the planet.

With some amazing itineraries now booking – and prices less than you may think – it’s time to make those globe-trotting dreams come true. 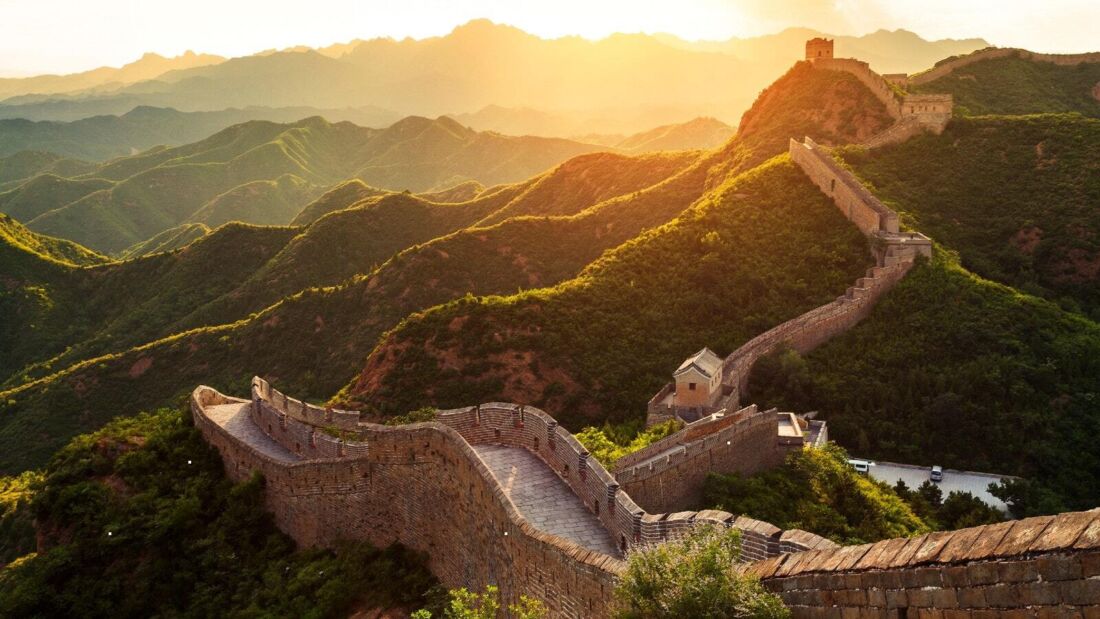 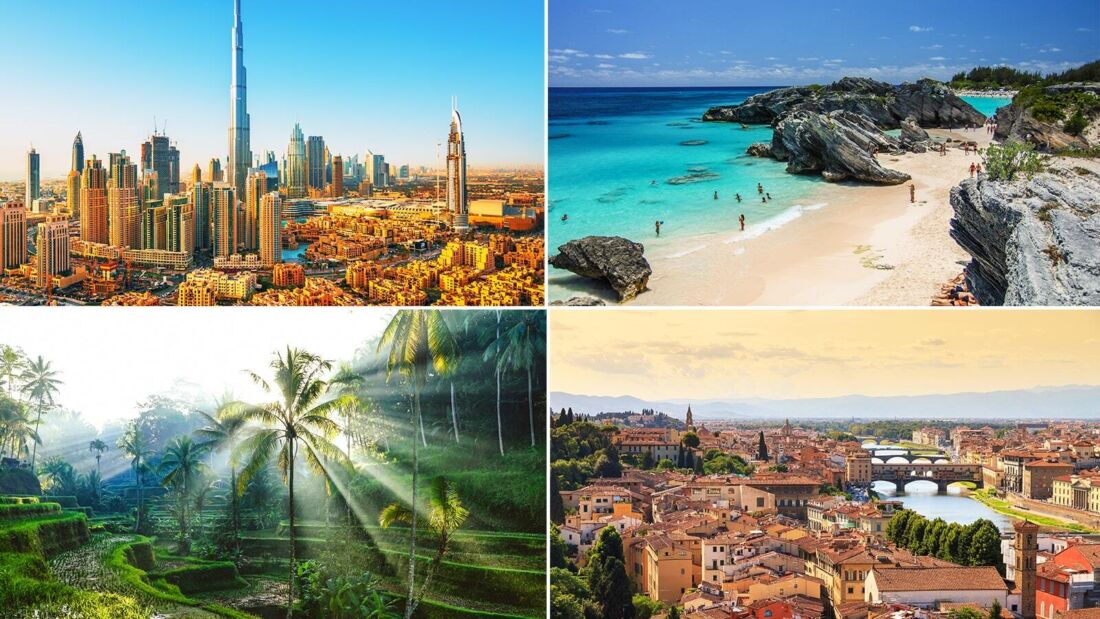 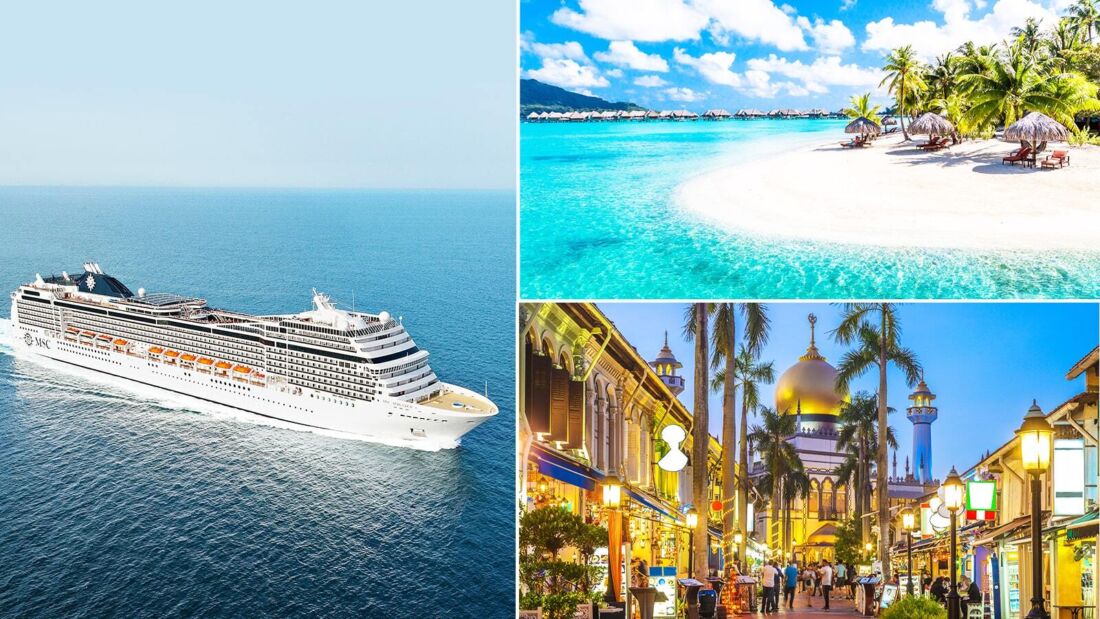 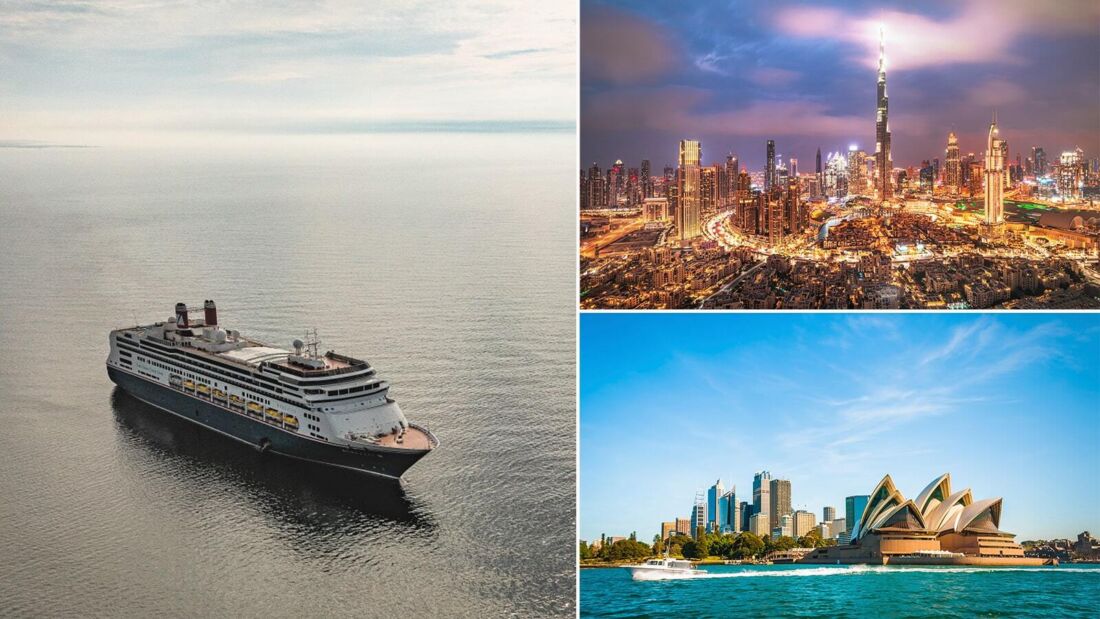 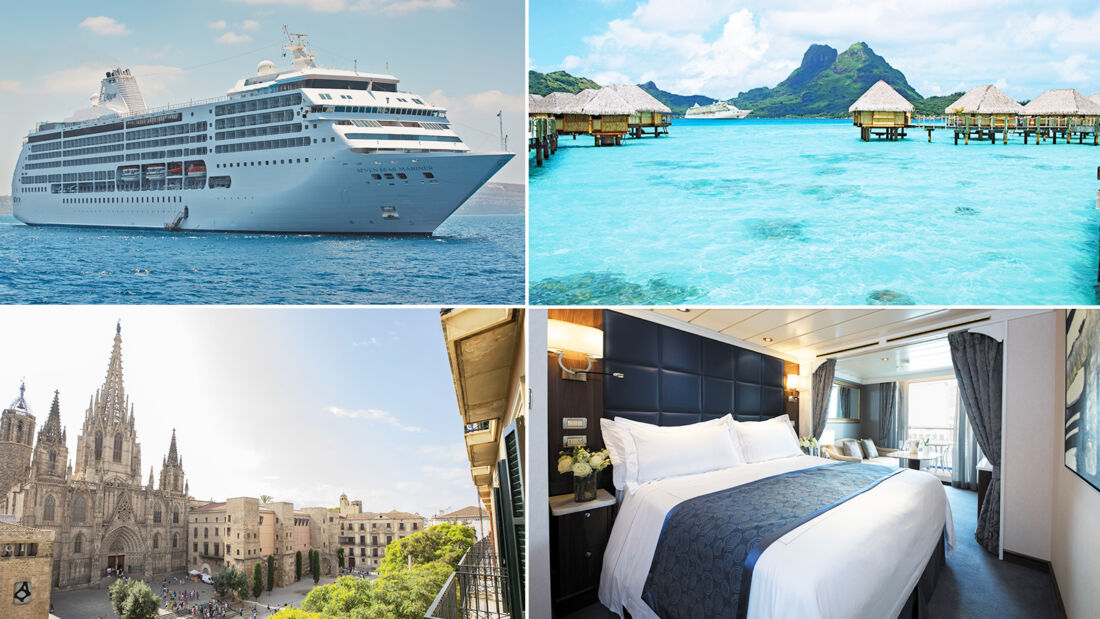 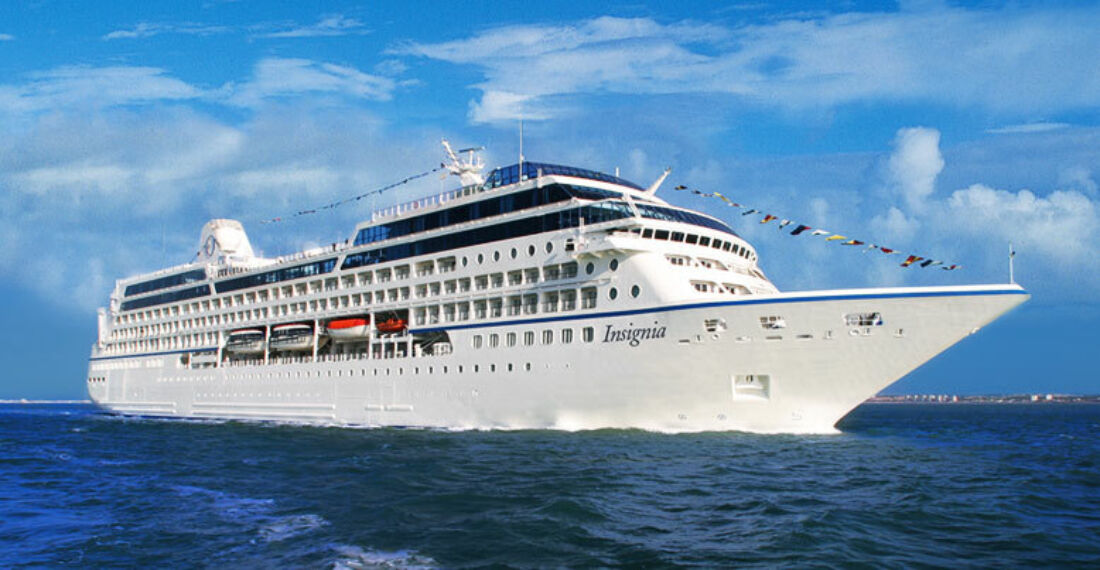 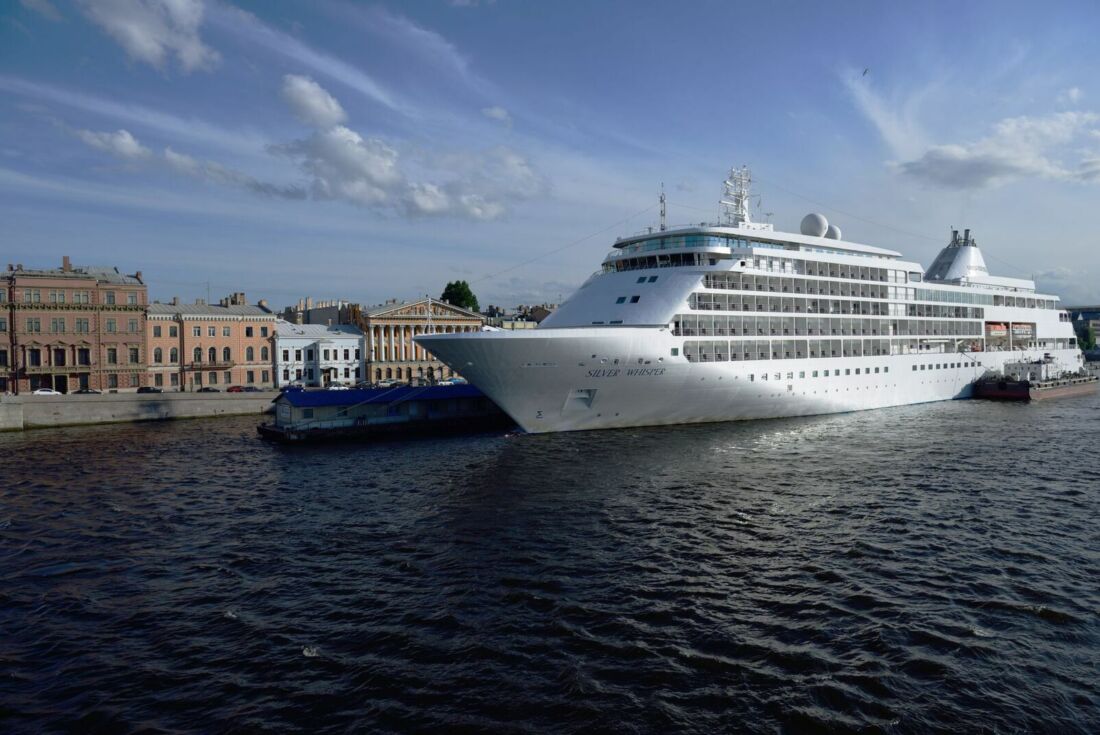 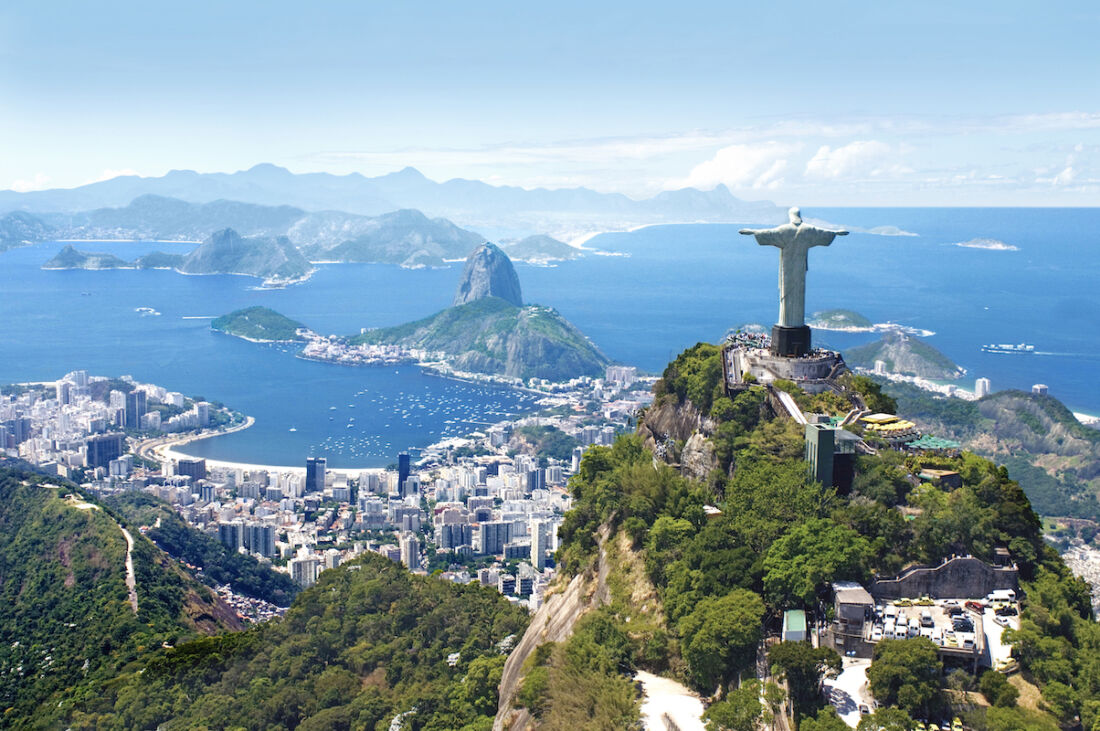 Best budget around the world cruises

You don’t have to mortgage the house to see the world. The 99-night world cruise aboard adults-only P&O Cruises ship Arcadia, leaving the port of Southampton on January 3, 2023, starts at £10,799 per person (that’s a budget-friendly £109 per night).

You escape the British winter with nine days at sea before arriving at Freeport, Bahamas, then heading on to Port Everglades in Florida. After a 50-mile transit of the Panama Canal, it’s on to Mexico, Hawaii, New Zealand and four stops in Australia, then Indonesia and the Philippines.

Guests are treated to overnight stays in Hong Kong and Dubai, as well as calls into Vietnam, Singapore and Malaysia, before sailing through the Suez Canal into the Mediterranean and home via Malta and Cadiz.

The following year, Fred. Olsen is offering a 101-night cruise on Borealis with prices from £13,999 per person (£138 per night). Starting in Southampton on January 7, 2024, the itinerary includes Jerusalem and Bethlehem, a visit to the Great Barrier Reef in Australia, and a chance to step ashore at the rarely visited Alotau in Papua New Guinea – not to mention overnight stays in Charleston, Auckland, Sydney and Dubai.

The sailing even includes a three-night overland tour from Mumbai to see the world-famous Taj Mahal palace.

Meanwhile, wildlife lovers will be keen to spot humpback whales in Hawaii, walk the canopy of the Costa Rican rainforest and meet the world’s largest – and scariest – lizards on Komodo Island.

Guests from northern parts of the UK can also choose to join and leave the ship in the port of Liverpool, departing on January 5, 2024.

Best luxury around the world cruises

When it comes to opulence, it’s hard to beat Regent Seven Seas Cruises, whose ship Seven Seas Mariner departs on a 132-night round trip from Miami on January 6, 2024.

This 34,500-mile odyssey embraces Central America, the US West Coast, Hawaii, Tahiti, Australia and New Zealand, southeast Asia, India, the Middle East, the Mediterranean and Bermuda. With 66 ports of call in 31 countries, guests have a choice of 442 included shore excursions and will enjoy 12 overnight stays in port.

Among 61 UNESCO World Heritage sites en route are the Gondwana rainforests of Australia, the churches and convents of Goa, and Tuscany’s Medici villas and gardens.

Eighteen optional land programmes include Uluru, the ancient temples of Bagan in Myanmar and the pyramids of Giza. Regent’s all-inclusive prices start at £57,429 per person (£435 per night) for a deluxe veranda suite, rising to £147,149 (£1,115 per night) for a suitably palatial master suite.

Alternatively, Seabourn Sojourn will leave Miami on January 6, 2023, for a 140-day world cruise visiting 61 destinations in 32 countries, including Sydney, Cape Town and Easter Island, before ending in Barcelona.

Instead of taking a shortcut through the Suez Canal, the ship will hug the coast of Africa, calling into Mombasa, Zanzibar, Durban and Port Elizabeth before rounding the Cape of Good Hope and arriving in Cape Town for one of many overnight visits. Other calls are made in Namibia, Benin, Ghana, Togo, Gambia and Senegal, before visits to Cape Verde and the Canary Islands and the final African port of Morocco.

Prices start at £54,999 per person (£393 per night), and Seabourn is also offering segments ranging from 21 to 81 days for travellers who prefer not to sail the full voyage.

Best off-the-beaten-track around the world cruises

Uncertainty over Covid restrictions led Crystal Cruises to cancel next year’s world voyage but the line has come up with a replacement itinerary that is every bit as epic. Crystal Serenity will call at 82 ports in 32 countries over 132 days, with overnights in cities including Istanbul, Monte Carlo, Naples and Cannes.

But what makes this journey truly exceptional is that the ship will visit 45 islands, including 19 in the sun-kissed Caribbean and six in the Canaries, as well as the Cape Verde Islands, the Azores, the Balearics, Corsica, Sardinia, Sicily, Malta, the Greek isles and Bermuda.

The planners at Silversea like to avoid the obvious routes around the world. For example, their ‘Far East-West’ route in 2024 spends 133 days circling the Pacific, leaving San Francisco on 15 January and calling at 65 destinations in 14 countries, with 23 overnight stays. Highlights include Alaska, the Russian Far East, Australia, New Zealand and Southeast Asia. This voyage of a lifetime could be yours for £61,300 per person (£461 per night).

If you can’t wait till 2024, Silversea’s Silver Shadow leaves Sydney on January 9, 2023, for a 140-day ‘South Side Story’ cruise around the southern hemisphere to the Amazon and beyond. The arts-inspired voyage will call at 66 destinations including Papua New Guinea, Mauritius and Reunion Island, with ten days spent exploring Tasmania and New Zealand, three in Myanmar, and a full week in South Africa. That will set you back £58,000 per person (£417 per night). But hurray - there is already a waiting list.

Alternatively, sister lines Holland America and Princess are both offering world cruises from Fort Lauderdale, Florida, in January 2023. First to leave will be Zuiderdam, on January 3, for a 128-day voyage that crosses the South Pacific to New Zealand and Australia before heading up the less-travelled east coast of Africa and on through Europe. Fares start at £30,599 per person (£239 per night).

Two days later, Island Princess sets off on a 111-day world cruise calling at 50 destinations in 31 countries and across six continents, crossing the equator twice in its 34,500-mile journey. A shorter version from Los Angeles will sail on January 19, 2023. Prices start at £14,134 per person (£127 per night).

Best adventurous around the world cruises

You can climb a Marble Mountain in Vietnam, snorkel in the Aqaba Marine Park in Jordan, surf at Bondi Beach and explore the rainforest of Costa Rica on MSC Poesia’s 119-day voyage from Genoa on January 5, 2023.

The cruise features 53 destinations in 33 countries across six continents, with a focus on Asia. Tokyo is just one of six Japanese cities that will be visited during the cherry blossom season, with the chance to take part in a traditional tea ceremony or see sumo wrestlers practise their moves. Other stops include Sydney, Shanghai and San Francisco, with prices from £24,578 per person (£208 per night).

Such is the demand for this voyage that MSC Magnifica will also sail from Genoa on the same day, beginning an alternative world cruise around South America, across the South Pacific to the Indian Ocean, then back through the Suez Canal to the Med.

Those with a taste for adventure will note that three days of cruising off the Antarctic peninsula are included in Oceania’s ‘Around The World in 180 Days’ voyage for 2023. Other unusual experiences in store for guests on this trip include tango lessons in Argentina, an evening of Bedouin tribal music and dance in the desert outside Dubai, an alms-giving ceremony with the monks of Myanmar and a candlelit dinner in a cave at Halong Bay, Vietnam.

The cruise, leaving San Francisco aboard Insignia on January 15, 2023, will call at 96 destinations in 33 countries. And if that isn’t enough for you, there’s the chance to extend the voyage to 218 days. Even starting at £37,459 per person (£209 per night), the cruise sold out in one day but there is a waiting list.

Best cultural around the world cruises

Mark January 11, 2023, in your diaries, because that’s the day when Cunard celebrates the centenary of its pioneering world cruise with two global voyages setting off from Southampton on Queen Mary 2 and Queen Victoria.

The journeys will replicate many port calls from the line’s first global sailings on Laconia and Samaria. QM2’s 102-night voyage will include stops at Colombo, Singapore and Hong Kong, as well as overnights in Dubai, Sydney and Cape Town. Prices start at £13,829 per person (£136 per night).

Queen Victoria’s 101-night odyssey will include Aruba, Jordan, Tonga and a full transit of the Panama Canal. Prices start at £13,129 per person (a strikingly reasonable £130 per night).

However, if you want the bragging rights for even less cash, you can join the cruise for a segment of up to 40 days, or even as few as two.

Also offering a double world cruise is Viking, with Viking Sky leaving Fort Lauderdale on December 20, 2023, followed three days later by her sister Viking Neptune. They will both sail a 138-day voyage to 28 countries and 57 ports, ending in London.

As you sail, Viking offers lectures on your destinations’ history and culture, as well as classes in regional cuisine. There are many themed shore excursions, with highlights including a tour of the richly diverse neighbourhoods of Singapore, a night safari in a wildlife park, a chance to learn about the life and legacy of Mahatma Gandhi in Mumbai, and a tour of the religious sites of Istanbul. Prices are from £41,990 per person (£297 per night). 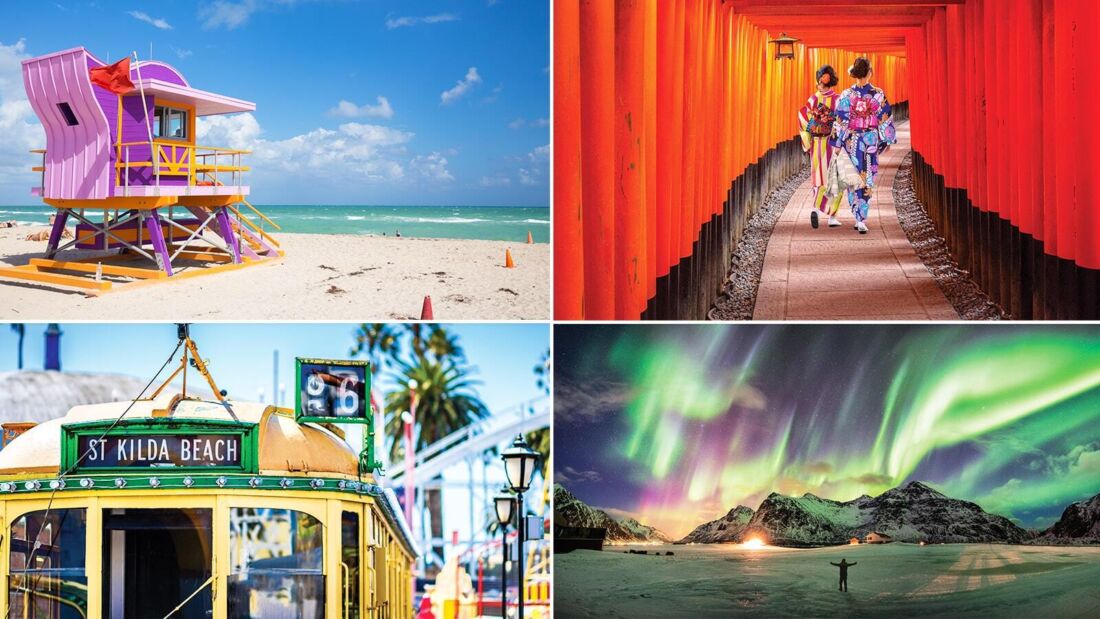 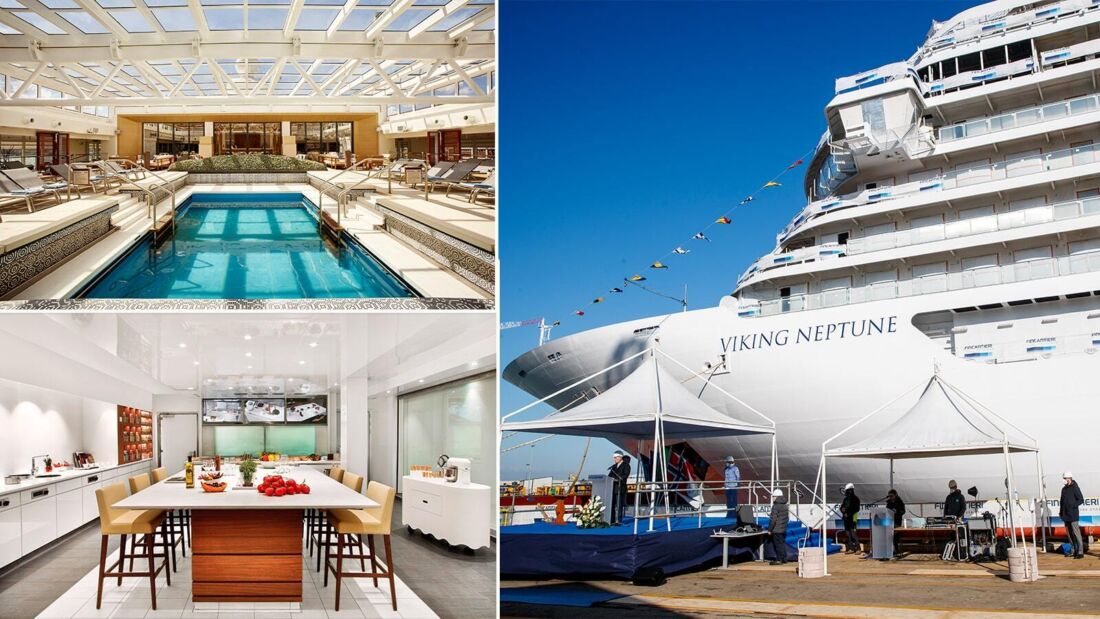 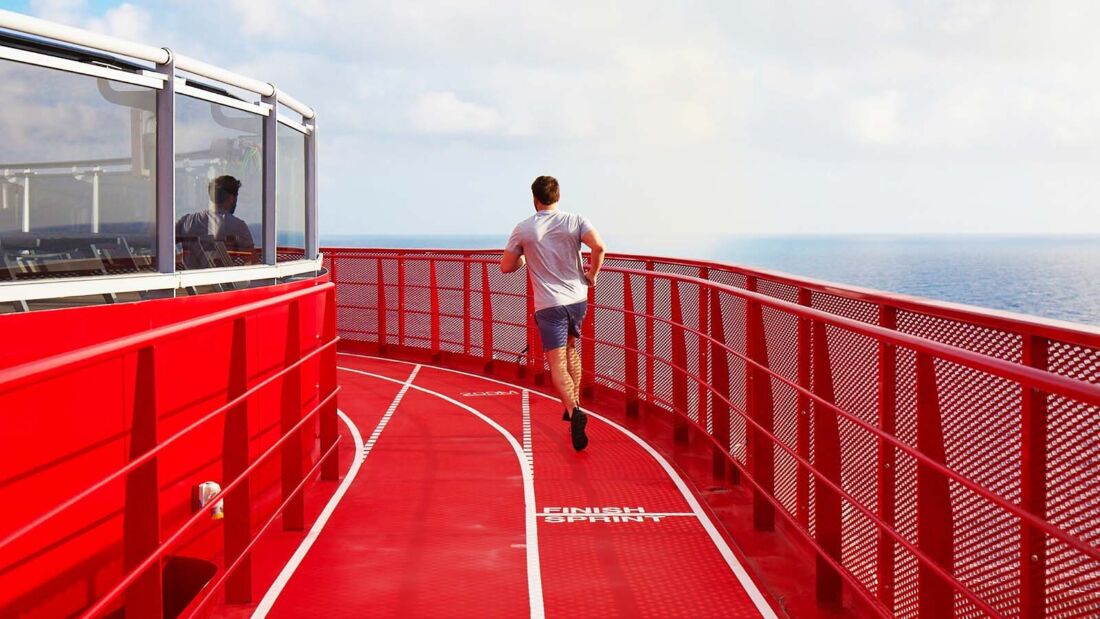 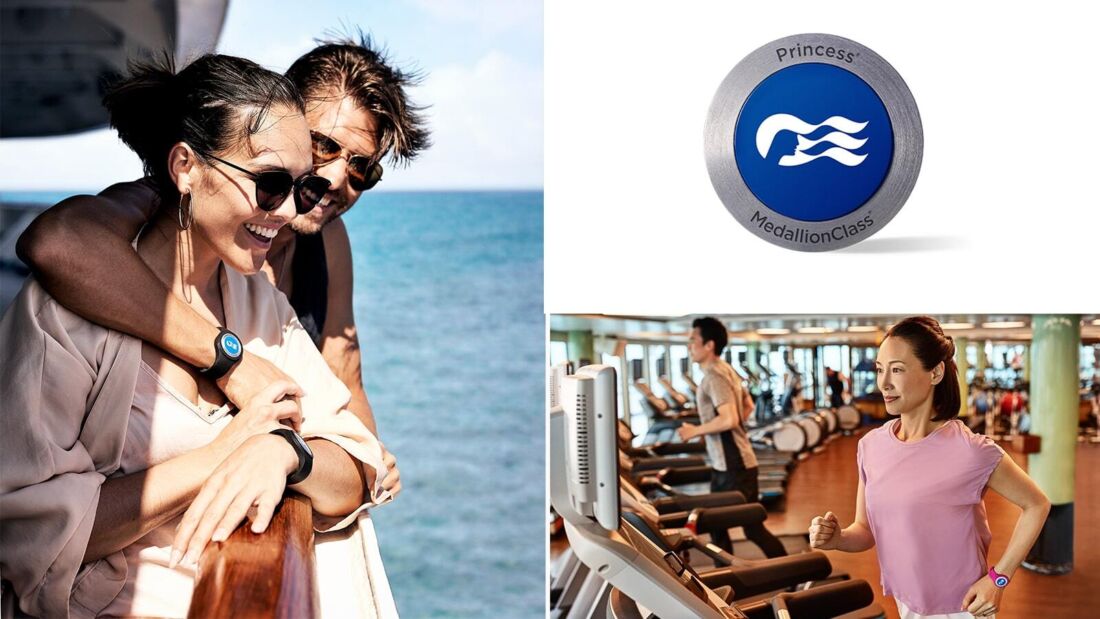 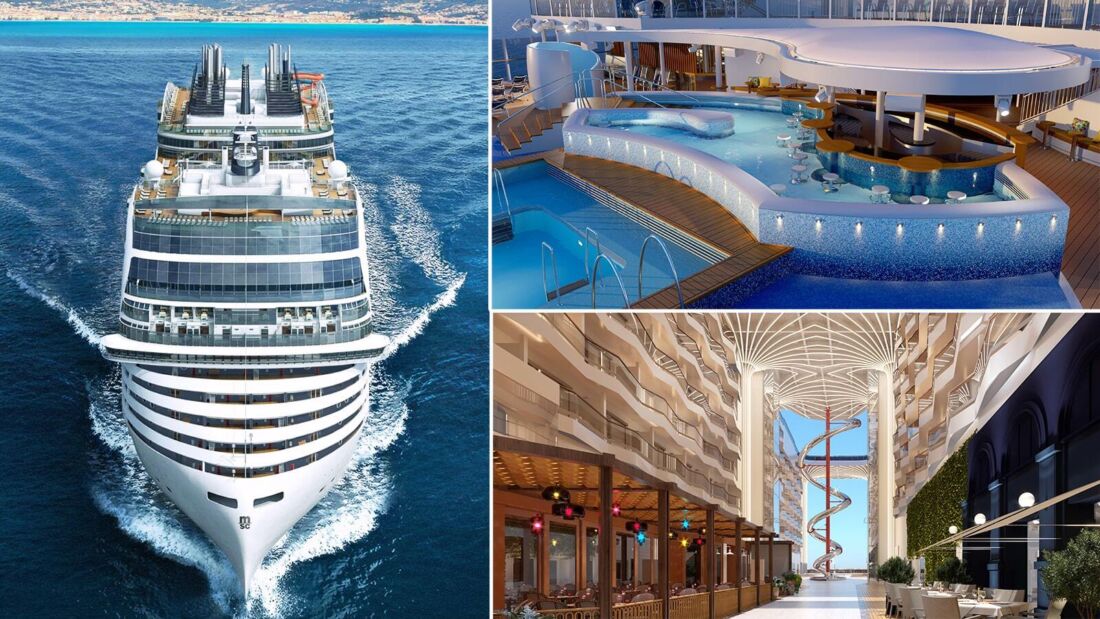 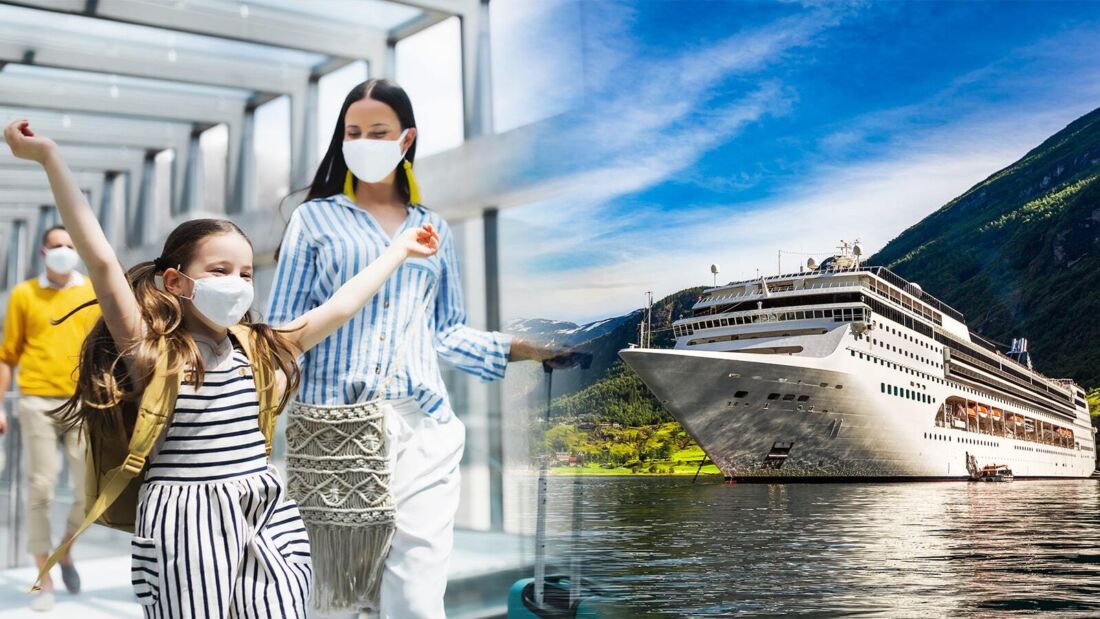 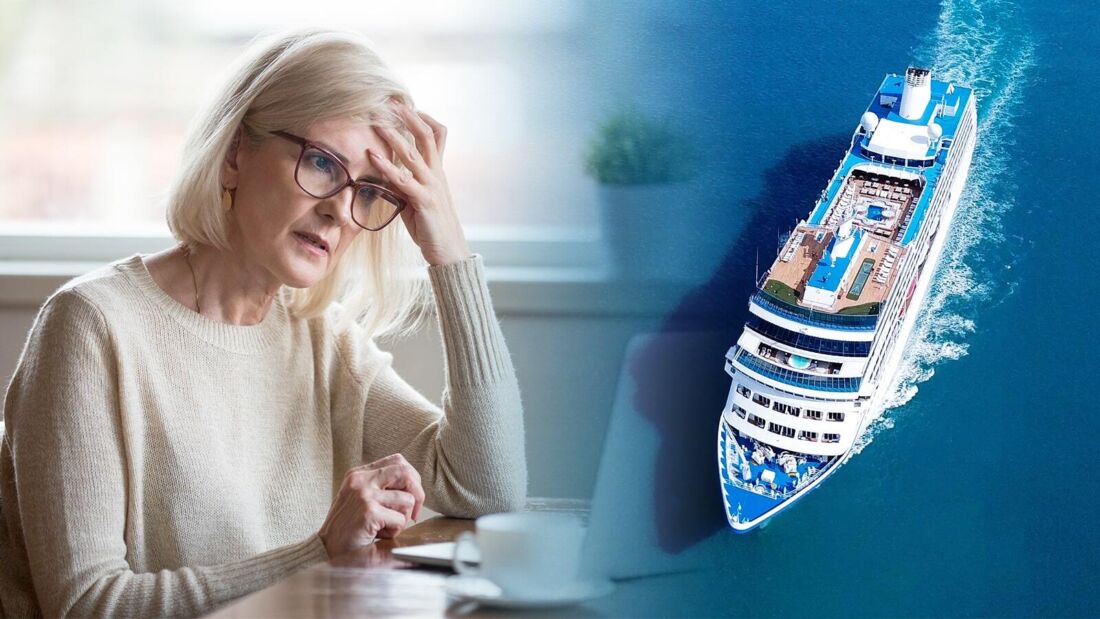 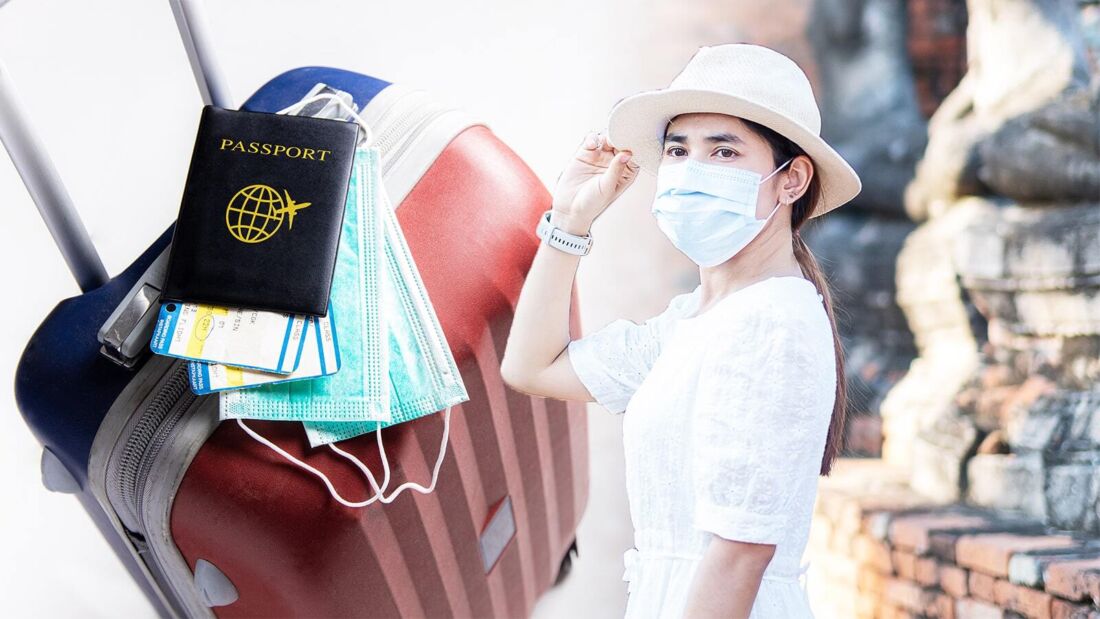 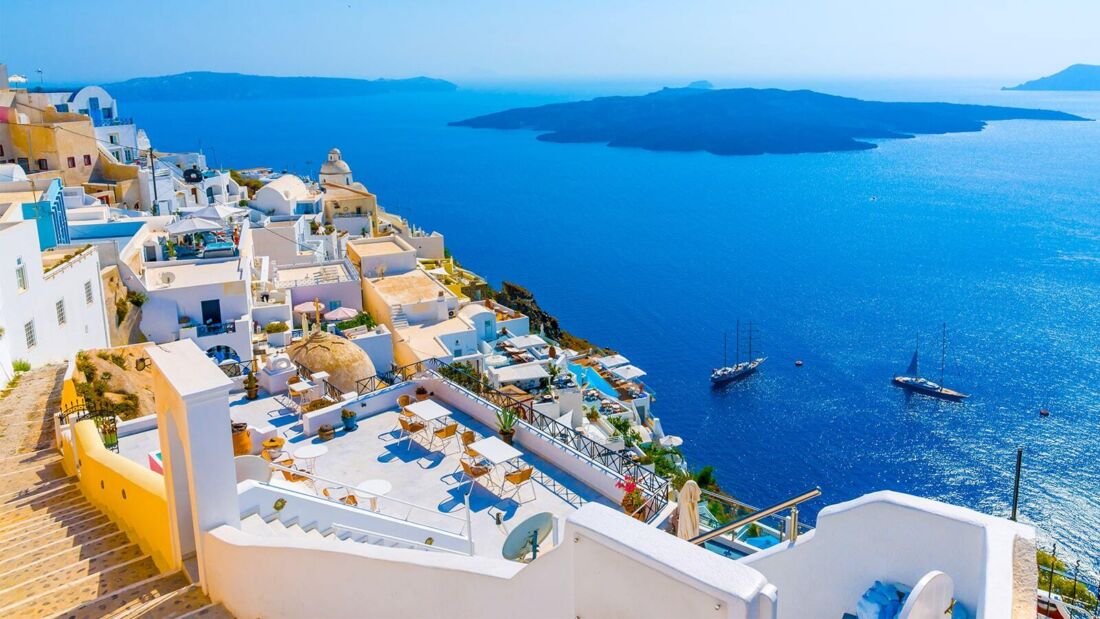 World Cruise to and from Liverpool