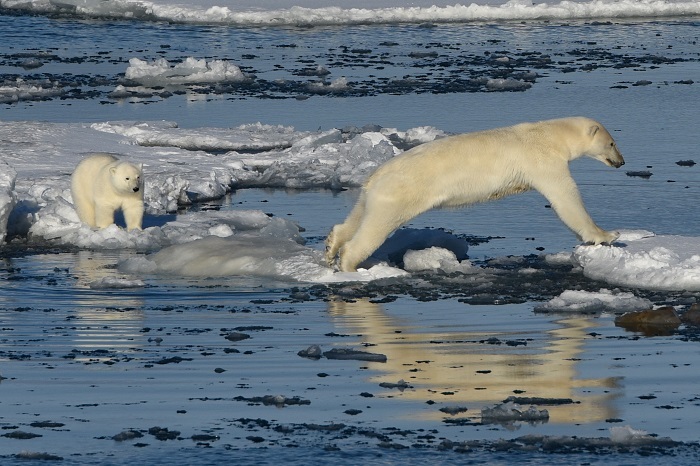 In the early morning of September 7th, 2016, MV HANSEATIC, one of Hapag-Lloyd Cruises‘ two expedition vessels, has once again navigated successfully the Northeast Passage.

In 2014, the HANSEATIC was the first non-Russian cruise ship to navigate this legendary sea route. After sailing a total of 5,542 nautical miles, the ship will arrive in Nome on September 10th and officially end its cruise.

The Northeast Passage is the legendary sea route in the Arctic Ocean, which runs along the north coasts of Asia and Europe, from the Bering Strait to the White Sea. The HANSEATIC expedition voyage departed from Tromso/Norway on August 16th, 2016. The first port of call was

Murmansk/Russia, where the adventure of the Northeast Passage started officially. After cruising through the Barents Sea/Arctic Ocean, HANSEATIC stopped at anchor in Novaya Zemlya and Franz Josef Land, before the ship went on through the Kara Sea to Severnaya Zemlya. Other stops at anchor took place off Siberia, Wrangel Island and Chukchi Island. The Northeast Passage officially ended at 06.00hrs on September 7th, when the ship rounded Cape Dezhnev.

The cruise was fully booked. The crew organized 20 landings and tours with the 14 on-board Zodiacs, rubber boats, which are well suited to expeditions. During spectacular wildlife observations, guests saw walruses and polar bears. On one island, 16 polar bears at the same time were seen, some even mothers with their babies. In total 86 polar bears were counted from the bridge.

Captain Natke summarizes the cruise: “The Northeast Passage is a spectacular voyage and always will be. This route is not comparable to a regular cruise. Nature impresses with unique and exciting insights. On this cruise we have seen a high number of polar bears. I have never before seen so many polar bears on an Arctic cruise. Furthermore, we have seen the fantastic Northern Lights and enjoyed three sunny days with blue skies at Wrangel Island.”