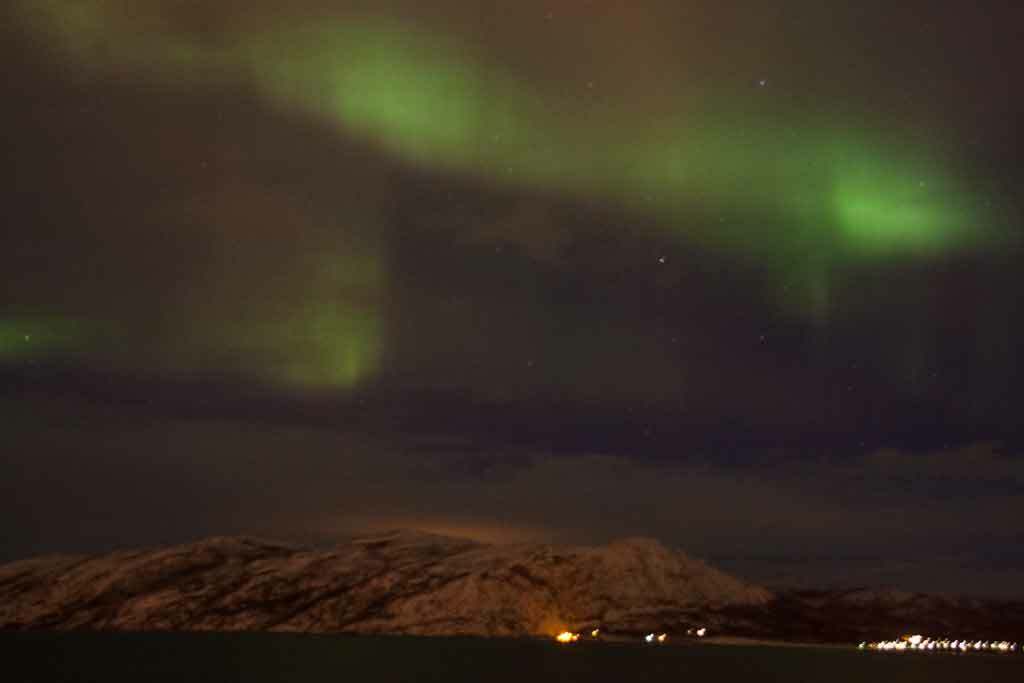 The ice hotel, train rides and dog-sledding are all very well, but the main point of being on board Saga Pearl II for this 15-night cruise to Norway is summed up in the name it gets in Saga’s brochures. The Magical Northern Lights is what it says – and the next two cruises follow the

The ice hotel, train rides and dog-sledding are all very well, but the main point of being on board Saga Pearl II for this 15-night cruise to Norway is summed up in the name it gets in Saga’s brochures.

The Magical Northern Lights is what it says – and the next two cruises follow the same theme. The 16-night voyage leaving Southampton on March 4 is called Norway and the Northern Lights, and will have explorer Sir Ranulph Fiennes on board as a guest speaker. That trip is followed by another 15-nighter, setting out on March 20, and called In Search of the Northern Lights.

“In Search Of …” is a crucial part of the wording. The phenomenon is notoriously elusive, and sightings are as dependent on weather conditions as they are on the solar activity which causes the shimmering green curtains to appear in the night sky.

We have not exactly been blessed with clear, cloudless nights this week. On our first night in Alta, the guests who set out on the included excursion with an expert guide returned to the ship without success.

The same expert was back the following night, and I have to admit that, having heard his forecast for the chances of a sighting, I chose not to make the 60-minute coach journey to a remote site in the forests, and decided to remain on board the ship.

Fortunately, the hopeful travellers and the unambitious stay-at-homes like me were both blessed with appearances of the Aurora Borealis.

Captain Wesley Dunlop’s bridge team did a great job of alerting those of us carousing in the bar or cuddled up in our beds that there was “Northern Lights activity” on several occasions during the late evening.

Donning my fleece and Arctic jacket each time, and grabbing my camera and monopod, I dashed to the open deck above the bridge to peer past the quayside floodlights and the illuminated runway of Alta airport – not ideal conditions by any means.

A faint glow at first, above the snow-clad mountains directly ahead, confirmed that something was happening. A 10-second exposure on my SLR revealed two areas of green light showing through breaks in the cloud.

So far, so good, but on a scale of one to 10 it didn’t merit much more than about a four for excitement.

It was during the second and third periods of activity that things got better. Even with the naked eye, it was possible to discern light moving across the sky rather than simply glowing. The camera helped exaggerate the depth and intensity of the Aurora, and in two brief moments, the entire two-week cruise justified itself. 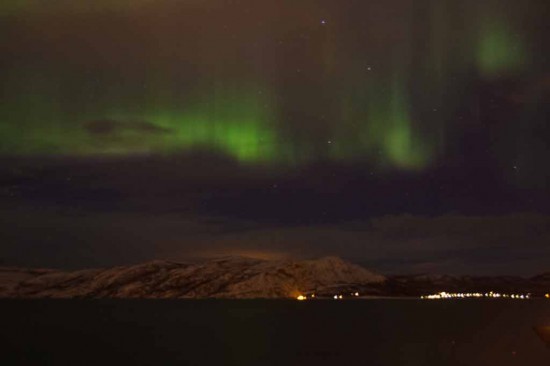 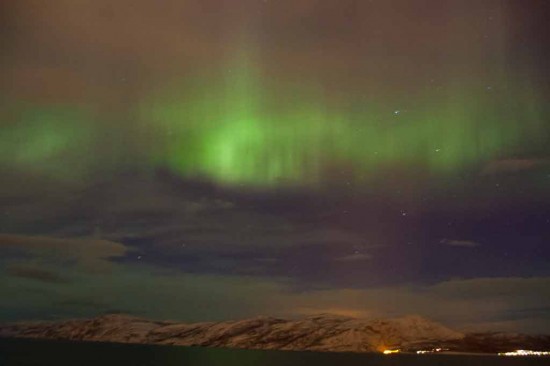 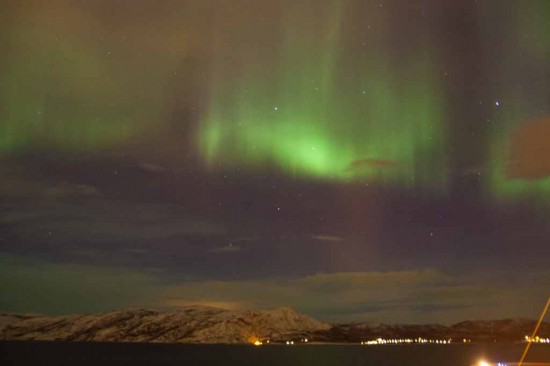 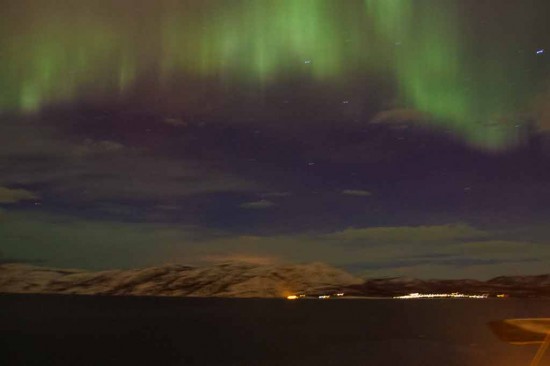 My attempts at photographing the phenomenon are distinctly amateurish – I took a bunch of pictures before I remembered to switch off the auto-focus, and even with the monopod jammed against the ship’s rail it was almost impossible to keep the camera perfectly steady for eight or 10 seconds at a time.