There was much merriment in the city of Oslo on Saturday (20 June) as SeaDream I set sail on its first Norwegian voyage since the suspension of sailings.

The luxury vessel will sail as far north as Tromso on its seven-day voyage, with ports of call including Bergen, Olden, Geiranger, Ålesund, Flåm, Rosendal and Skagen.

SeaDream Yacht Club is the first luxury cruise line in the world to resume operations since March 2020 when the coronavirus outbreak shut down the cruise industry worldwide.

The small-ship company had originally planned to sail in Norway with only one ship, SeaDream I, for nine voyages, but after its first voyages began to rapidly sell out, SeaDream made the decision to add SeaDream II to double capacity in order to meet the overwhelming demand from eager cruise passengers.

SeaDream’s Norwegian sailing follows in the footsteps of expedition cruise line Hurtigruten, which launched its first ocean-going 12-day cruise since the global suspension of operations last week onboard Finnmarken.

The cruise line is operating a basic service along the coast with the majority of passengers on board being Norwegian. 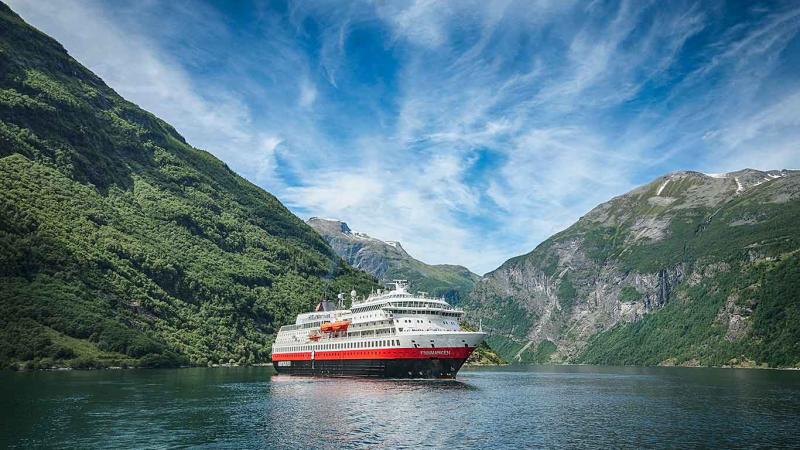 Norway currently allows travel from Nordic countries on the condition that infections there remain low, including Denmark, Iceland, Finland, the Faroe Islands and Greenland, but the country will announce on 20 July whether it will also welcome visitors from other EU countries.

Norway is the first to emerge in the revival of ocean cruising and was chosen by SeaDream due to its extremely low incidence of Covid-19. The destinations included on the itinerary were hand-picked by SeaDream’s CEO and founder, Atle Brynestad.

He commented: “We are very proud to be the first luxury line to resume operations. Our preparation has paid off as we are able to maintain the experience of luxury onboard while ensuring everyone’s health, comfort, and safety.

“Everyone around the world has been affected by the health crisis. This historic moment feels like good news not just to our team, but our industry as a whole.”

SeaDream’s 112-passenger superyachts benefit from their small size, able to quickly adapt their itineraries to comply with government regulations and can visit exclusive destinations that other cruise ships cannot due to their size.