Cruise news / The Douro and Elbe

The Douro and Elbe

Port wine, Trabant cars and a rebellious priest. River cruising on the Douro in Portugal, and Elbe and Vltava rivers in Germany is nothing if not diverse. Not so long ago the Douro in Portugal was a raging torrent on which wine producers risked life and limb as they sailed their produce to the coast,

Port wine, Trabant cars and a rebellious priest. River cruising on the Douro in Portugal, and Elbe and Vltava rivers in Germany is nothing if not diverse.

Not so long ago the Douro in Portugal was a raging torrent on which wine producers risked life and limb as they sailed their produce to the coast, but it was tamed by five locks built last century and these days is a dream destination for cruise lovers who just want to relax and take it easy in the sun.

Of course there are places to see along the way – the baroque Mateus Palace at Vila Real, Régua’s pilgrimage church, approached by an ornate staircase with 680 steps, the cute village of Pinhão in the heart of the wine country.

But really the scenery is the star on these cruises, which either start or end with a tour of Porto, Portugal’s second-largest city, and take you through steep valleys and past acres and acres of vineyards, rocky outcrops and, here and there, a pretty wisteria-clad quinta, or hotel. And of course there are also plenty of opportunities to taste the local port wine.

At Vega de Terrón, on the border with Spain, vessels turn back because the river is no longer navigable, but not before everyone has had the chance to visit Salamanca, a beautiful Spanish city about two hours’ drive from the river. 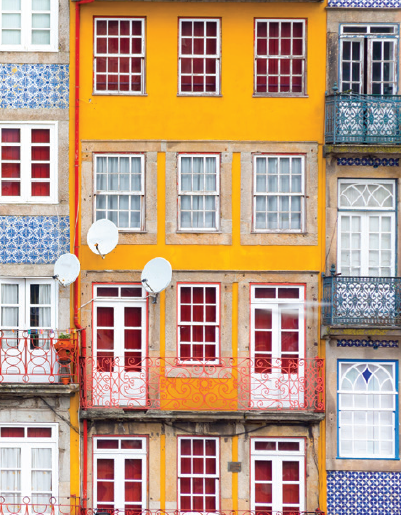 While more river cruise companies are sailing the Douro, most stay away from the Elbe because the river suffers from such low water levels that often the boats can’t move, so passengers have to be bussed around.

That’s a great shame because this is an amazing journey through centuries of history, from Martin Luther in Wittenberg (next year it’s the 500th anniversary of the Reformation) to the destruction of Dresden during the Second World War.

Once known as the Florence of the Elbe, the city is still being rebuilt after 45 years behind the Iron Curtain but there is plenty to see, from priceless Old Masters in the Zwinger Palace and Frauenkirche to an amazing porcelain mural depicting 1,000 years of Saxonian rule.

These itineraries also include time in Berlin and Prague at the start and end of the cruise and visit the porcelain factory in Meissen.

Germans lay potatoes on the grave of Frederick the Great at Sanssouci, his summer palace in Potsdam, near Berlin, in honour of the man who introduced the humble spud to their diet in the mid-1700s.