Considered Corsica’s primary commercial and cultural hub, the largest city and regional capital of Ajaccio is situated on the west coast of the island, approximately 644 km (400 miles) southeast of Marseille, France. Founded in 1492, vestiges of ancient Corsica in this ville impériale revolve around the city’s most famous son, Napoléon Bonaparte, whose family home—now the national museum Maison Bonaparte—pays tribute to the emperor’s historical influence.Remnants from what was originally a 12th-century Genoese colony are still visible around the Old Town near the imposing citadel and watchtower. Perfect for exploring, the luminous seaside city surrounded by snowcapped mountains and pretty beaches offers numerous sites, eateries, side streets, and a popular harbor, where sailboats and fishing vessels moor in the picturesque Tino Rossi port lined with well-established restaurants and cafés serving fresh local fare.

The picturesque Corsican capital, Ajaccio, is a highlight of a Mediterranean cruise. The birthplace of Napoleon is brimming with history and culture, as well as beautiful natural wonders waiting to be explored. The easy-going and laidback city is home to a postcard-perfect harbour, charming squares and lovely shops and restaurants – perfect for cruise passengers looking for a relaxing port of call that still has plenty to offer by way of culture. From the capital, you can venture further afield and discover the spectacular mountainous terrain of Corsica, which also features a variety of amazing gorges, the most famous of which is the Prunelli Gorges.

If you don’t have long in Ajaccio, head straight to the old town, which includes the baroque 16th century cathedral, the Musée Fesch and continues up to and around Place Marechal Foch near the seafront. Wander along the old town’s narrow streets lined with pastel-coloured houses or savour one of the local wines from Ajaccio at one of the street cafés. 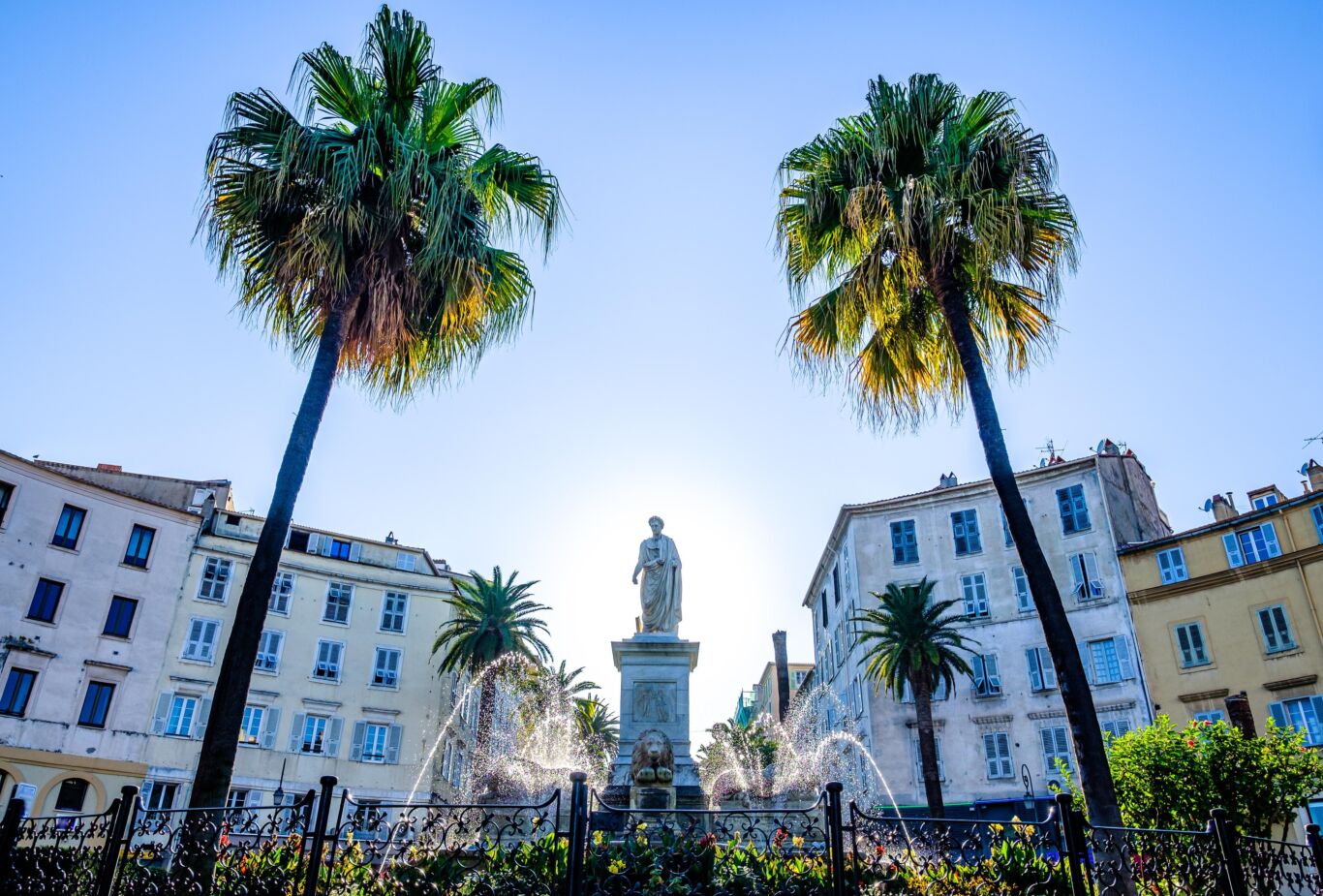 The birthplace of French statesman and military leader Napoleon Bonaparte has become the one of Corsica island’s most historic sites. The Bonaparte family arrived in the Corsican capital in the late 15th century and owned the house from 1682 to 1923. Today, the family home has been turned into a museum and is filled with their personal possessions and furniture. If you want to uncover more Napoleonic history, then definitely also pay a visit to the Chapelle Impériale. Only open to visitors in the summer (tickets can be purchased from Palais Fesch), the crypt of the imperial chapel holds the tombs of Napoléon's parents and several other relatives.

This fine art museum was established by Napoleon’s uncle, cardinal Joseph Fesch, in the 19th century, and is today home to France’s largest collection of Italian paintings outside the Louvre, with works by Botticelli, Titian, Giovanni Bellini, and other old Italian masters. Displaying more than 400 works spread out over 27 rooms, notable paintings include Botticelli's Virgin and Child, Titian's Man with a Glove, and Paolo Veronese's Leda and the Swan.

It’s not one of Corsica’s famous beaches, but the town’s sandy Plage de Saint-François will certainly do for an afternoon soaking up the Mediterranean sun if you’re tired of sightseeing. The beach is conveniently located in the city centre and is the perfect spot to enjoy sundowners. 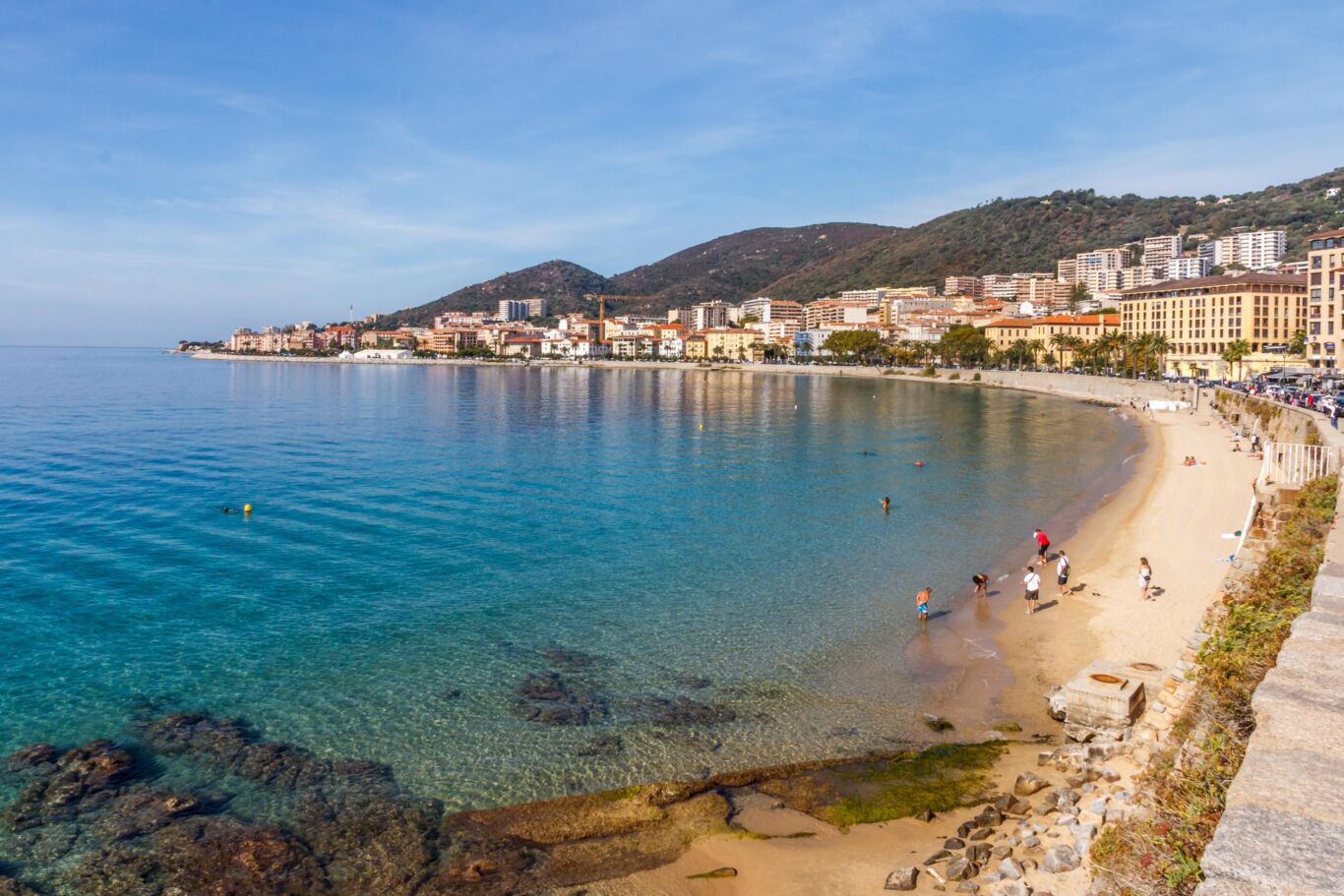 If you have time, take a boat tour along the scenic peninsula of the Iles Sanguinaires (the ‘Bloody Islands’). Located at the entry of the gulf of Ajaccio, the archipelago gets its emblematic name from the four porphyry islets, which are dark red in colour. Another striking feature here is the lighthouse, which dates back to 1870 and is situated on the highest point of the largest island. Head up here to enjoy panoramic views. 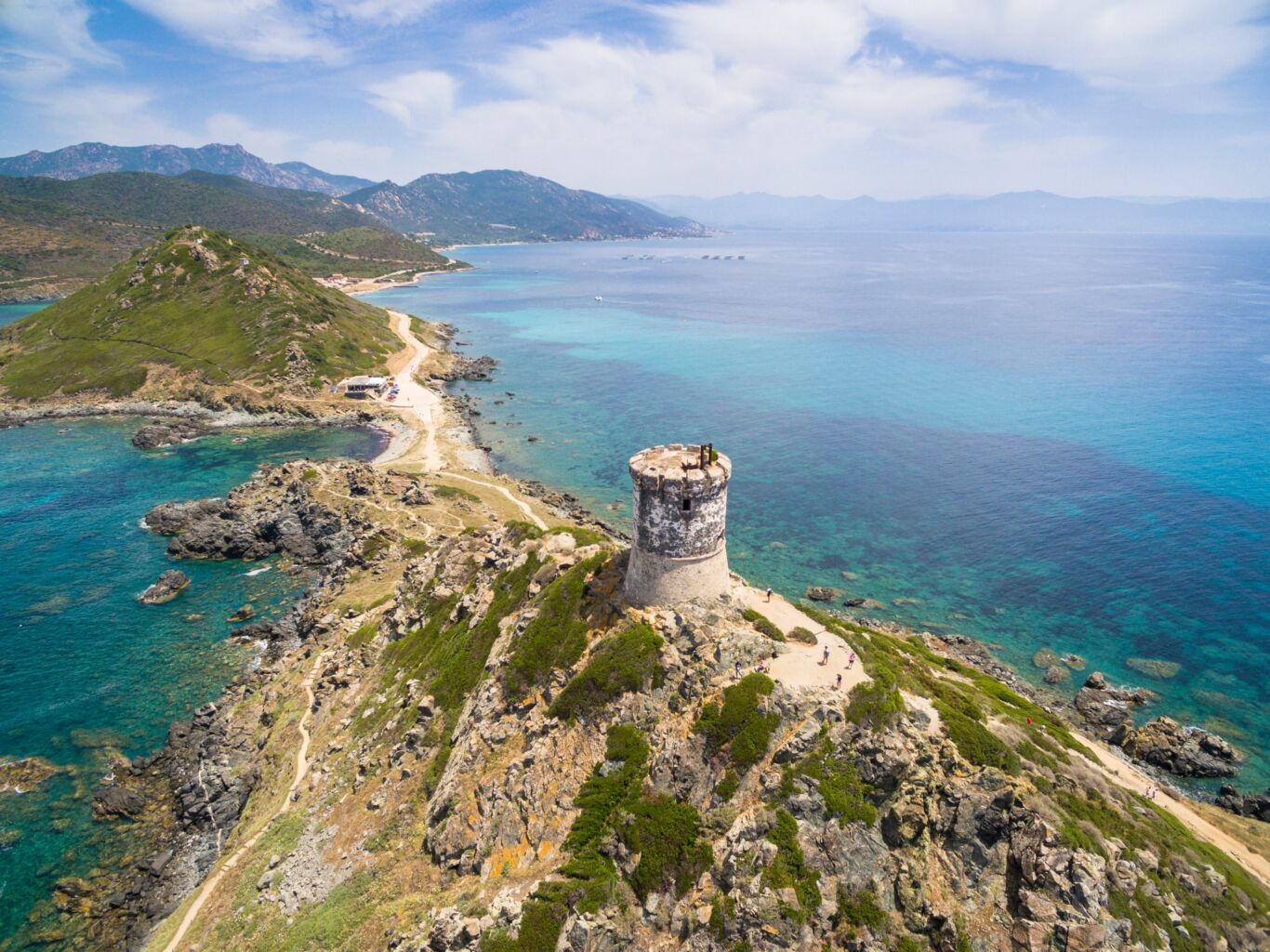 If you’re happy to travel, then a visit to one of Corsica’s stunning canyons is a must. Cruise lines including Princess and Celebrity offer excursions to Prunelli Gorges, featuring red granite cliffs and surrounded by pine forests. Here guests can enjoy activities including rafting and canyoning. For the more active among you, Celebrity also offers guided kayaking along the Ajaccio gulf.

Need to know when travelling to Corsica

Getting around in Corsica

It is an incredibly convenient three minutes’ walk from the cruise dock to the main square, while the older part of town is situated a couple of minutes farther south. From here you are in close proximity to the town’s sandy beach, Plage de Saint-François. The town can easily be explored on foot, but there’s also a bus and train service in Ajaccio. Boat trips to popular spots like Iles Sanguinaires are also available.

When to go to Corsica

The best time to visit Ajaccio is from late April to early June if you wish to avoid the crowds. August is typically the busiest and hottest month.

Ajaccio in Corsica uses the euro.

You do not require a visa to visit Corsica from the UK. 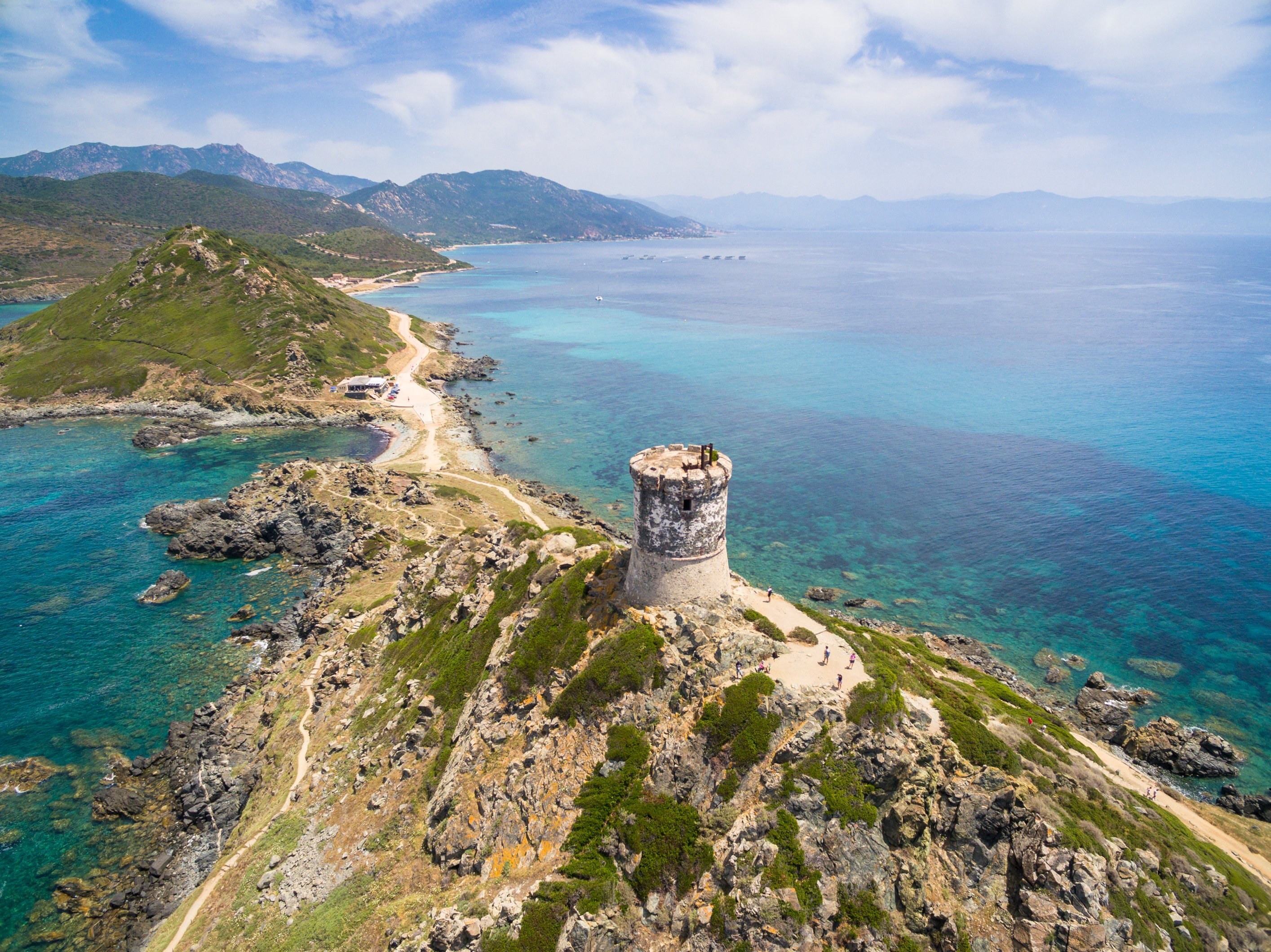 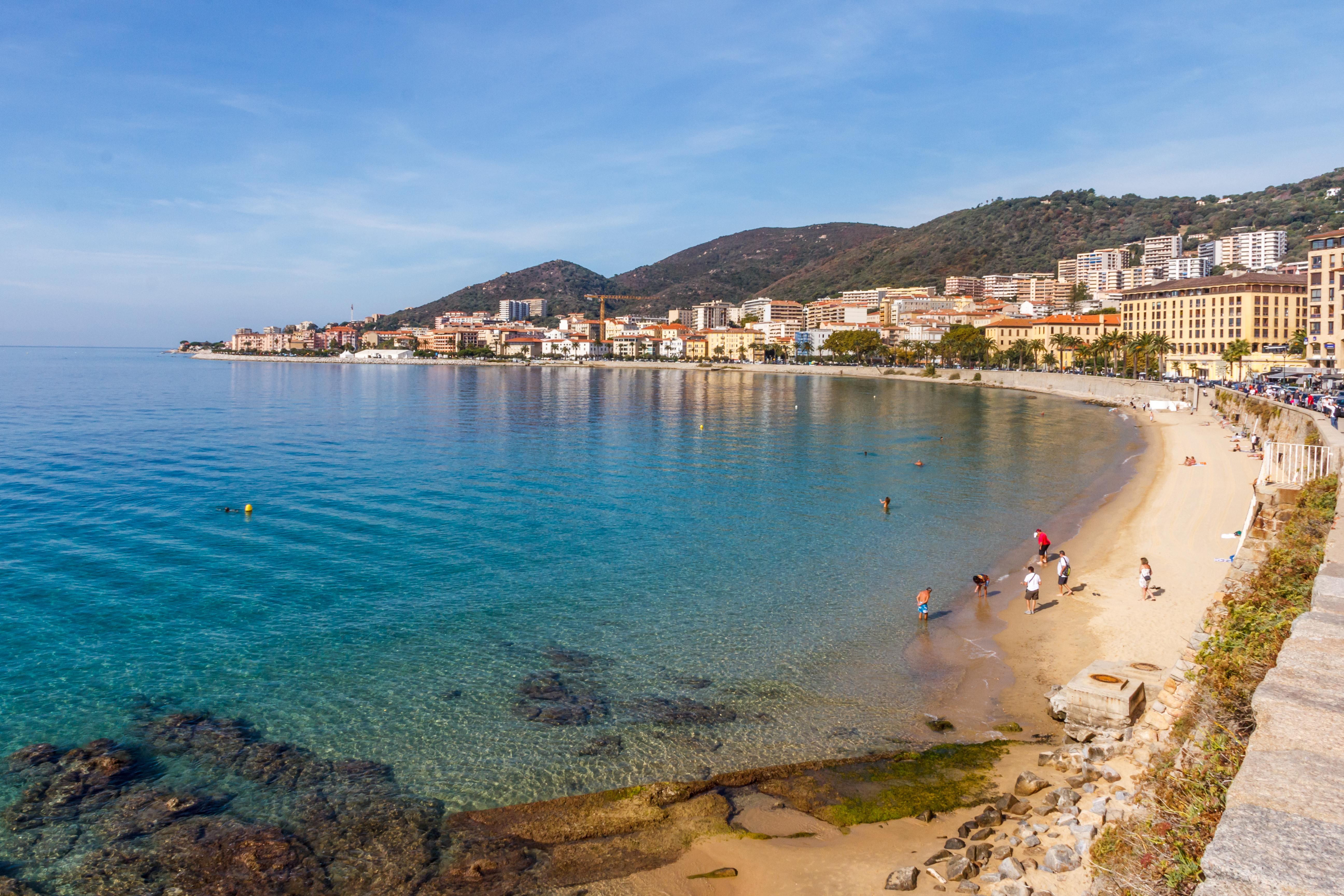 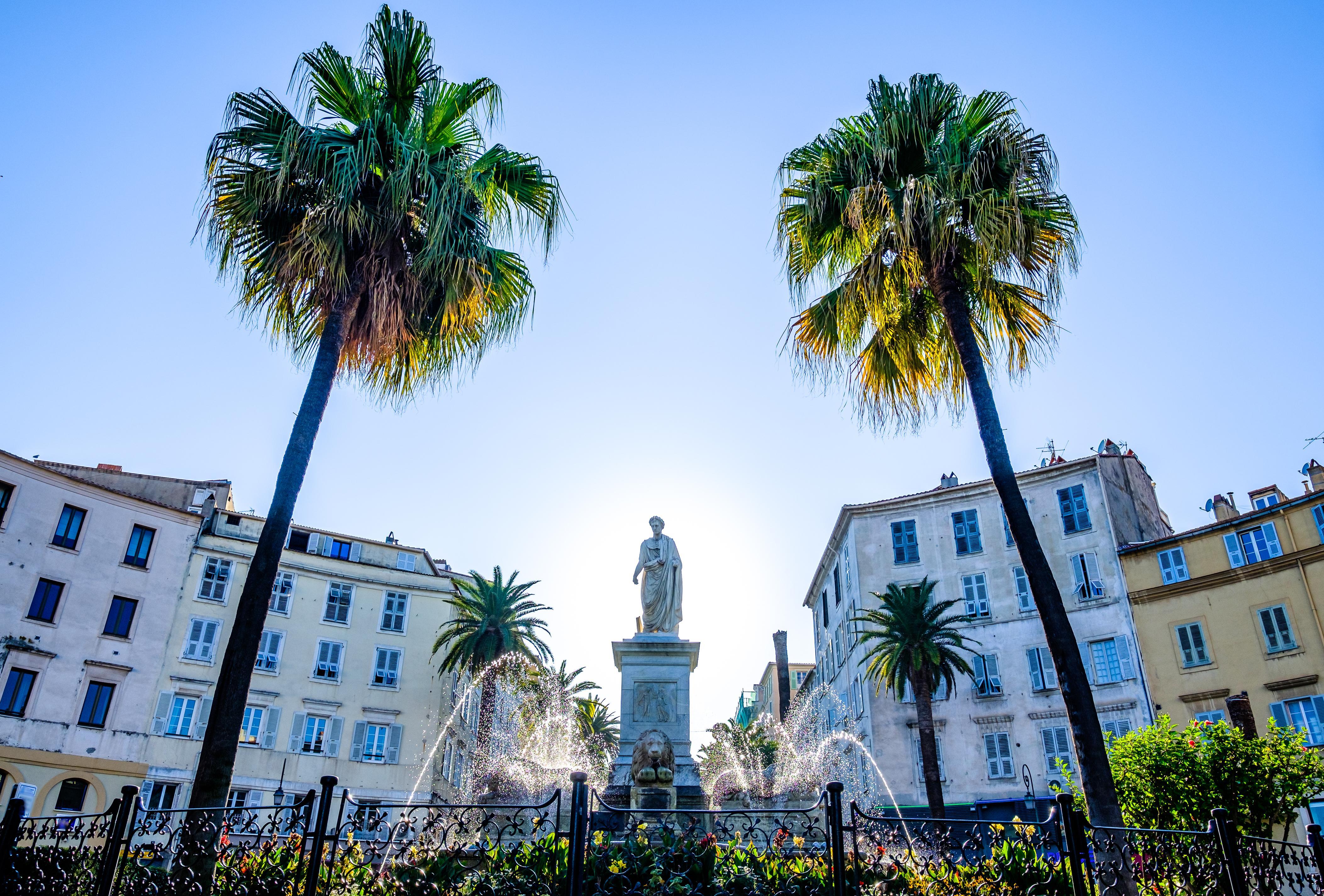 Corsica is a paradise on earth